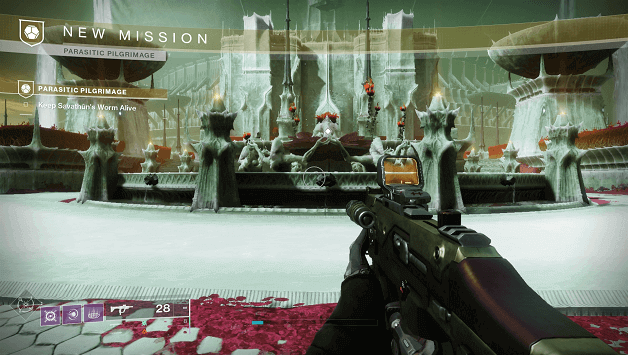 Savathun’s Worm is losing strength and Fynch has provided you with a Hive Casing which is meant to prevent it from dying.

You will need to find a way to prevent its death by finding a way to combine both Savathun’s Worm and the casing.

To do so, the energy must be searched for as you also look around for Mara Sov who has not responded to comms yet.

How To Get Parasitic Pilgrimage Mission?

The Parasitic Pilgrimage mission becomes available once you reach quest step 17 in the Of Queens and Worms Exotic Quest. It is required to complete the step as well as the whole Exotic Quest. 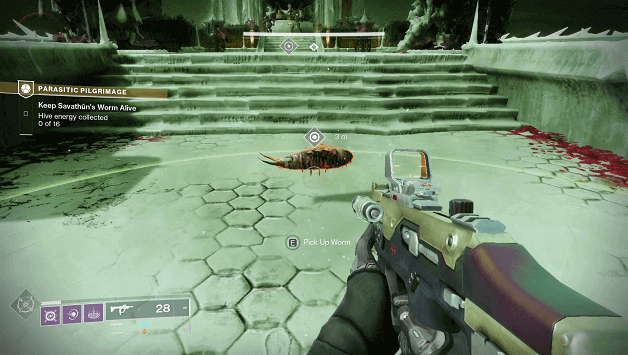 You will need to start by making your way towards the waypoint and will eventually find yourself on a long bridge where some Hive Energy will be located.

Interact with Hive Energy to place the worm and pick it up again but this time it will cause you to have your hands full and you will have to carry it around with you.

Equipping other weapons will cause the worm to be dropped and you will need to bring it to more Hive Energy to keep it alive.

A timer of 3 minutes will cause the worm to detonate if you do not collect 16 Hive Energy before it runs out.

Once you have collected all the Hive Energy on the bridge a barrier will be gone, and you can proceed into the next area to collect more.

Continue making your way towards the bottom and you will find Hive Energy all over the place along with traps that can damage you.

Avoid the enemies and traps while you collect energy before time runs out and Savathun’s Worm will no longer detonate.

You will need to head back to the main room (from where you jumped down) and use Deepsight to reveal a shard that needs to be destroyed.

After you destroy the shard, a passage will be open, and you can continue making your way further into the palace.

A portal will take you to the next area where there will be 3 Hive Light energies that will be trapped, requiring you to destroy nearby shards and defeat enemies.

You will need to continue doing this for all the Hive Light and collect each one of them as you continue along the way.

The Hive will be aware of what you are doing, and you will need to escape them as they begin to spawn into the area.

A waypoint will mark a shortcut that Savathun’s Worm has provided you with, leading you to a locked gate which can be passed by using Deepsight that is nearby.

Enter the portal which will take you to the Temple of the Wrathful and interact with the space, which is where a ritual will be held.

You will need to stay inside the ritual circle to keep it going and will need to fend off the enemies that come to attack.

You will need to keep close to the worm and fight off all the enemies until the ritual has been fully completed. 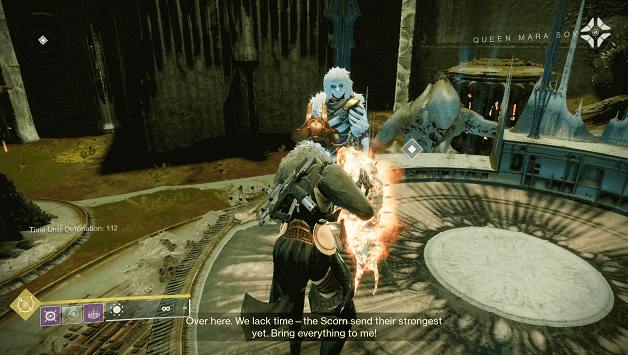 After completing the ritual, take Savathun’s Worm and head for the waypoint where Mara Sov will be waiting for you.

Place the worm on the marked area once you reach Mara Sov and wait for some of the dialogue to complete.

Pick up the Parasite Exotic Grenade Launcher so that you may use it against the Scorn who will be heading over to attack.

After completing the ritual, take Savathun’s Worm and head for the waypoint where Mara Sov will be waiting for you.

As Mara performs a ritual, you will need to protect her by killing the enemies that continuously spawn into the area.

Using the new weapon that you have obtained will make it very easy to clear out large groups of enemies and there will be Hive Energy that appears in several places.

Moving into the spots with Hive Energy will replenish ammo for the Parasite Exotic Grenade Launcher, allowing you to repeatedly use it against enemies.

Once the ritual is complete, the mission will enter after a short dialogue between Mara and Savathun’s Worm.

During the Parasitic Pilgrimage mission, you will obtain the Parasite Exotic Grenade Launcher, and completing it will finish the Of Queens and Worms quest. 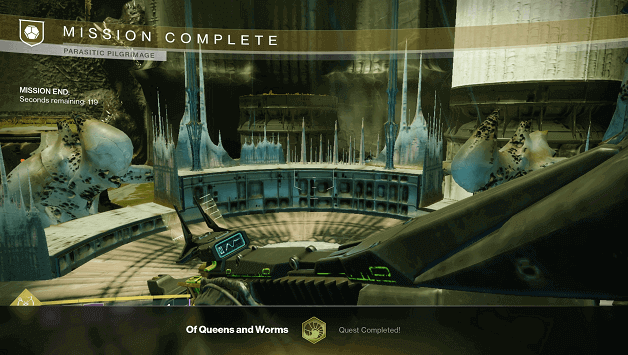 Apparently, Mara Sov tricked Savathun’s Worm as it thought she would be its new host, when in fact it was turned into a weapon instead.

Mara Sov was still able to get the information from Savathun’s Worm as she did keep her word and provide it with a host in a way.

You have been entrusted to keep this weapon safe and secret as enemies will be after Savathun’s Worm and try to get it one way or another.