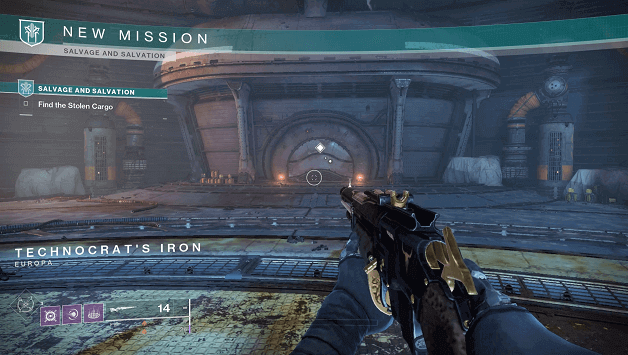 Drifter has contacted you because he needs your help with what he describes as a delicate situation involving the House Salvation hijacking one of his shipments.

It turns out that he had an important delivery headed for the Last City but that is when House Salvation got involved and now your help is needed.

As you proceed with your search to find the stolen shipment, Drifter will be guiding you along the way, and to top it off, you also meet a familiar face later.

How To Get Salvage and Salvation Mission?

The Salvage and Salvation mission is the very first mission you will be doing and it will start the moment you log in during Season of Plunder. This serves as an intro to the events that will take place during the season and give players a clue to what will happen from here on. 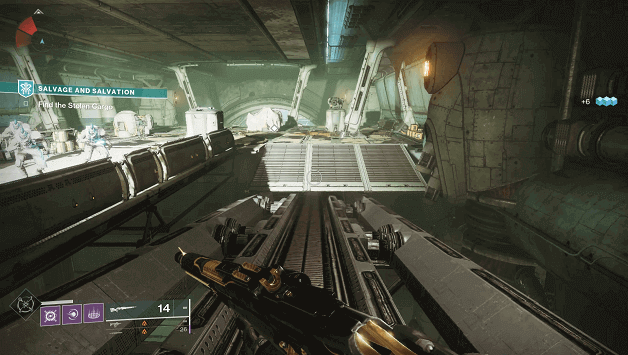 After arriving at Technocrat’s Iron on Europa, you will need to proceed within to search for the Stolen Cargo which has been set aside by House Salvation.

Make your way inside and follow the waypoint which will lead you to the Stolen Cargo after traversing a slightly longer path.

You will have to fight your way through the facility that you are inside and cross over to the other side as you make your way to the storage area.

Once you arrive at the Cargo, there will be more House Salvation in the area, and you will need to clear them out before you may proceed.

After you have cleared out all the enemies in the area, you will need to head over to the Cargo and interact with it, which begins the dialogue between Spider and Drifter.

The dialogue between Drifter and Spider will be short and will mainly be Drifter using extortion to get “hazard pay” from Spider for the extra effort put into rescuing him.

Spider agrees but requires that you take back his Ketch, a ship that was commandeered by House Salvation that he wants back.

You will need to make your way to the waypoint and will encounter some of Spider’s associates along the way who will help you fight against House Salvation.

Following the waypoint will bring you to one of Spider’s most trusted associates, Halsiks, who will be teaming up with you as you push forward.

Push forward with Halsiks and head towards the teleporter which will bring you into an area where House Salvation enemies will be waiting.

Fight your way through them and head down the lift marked by a waypoint and proceed through the area until you reach a drop that takes you to the lower level.

As you enter the next area, you will find more of Spider’s associates in the area and will need to fight alongside them to clear out the House Salvation enemies.

Continue making your way to the next teleporter and proceed to the waypoint and you will find yourself in a large room, where Keelhaal of House Salvation will be. 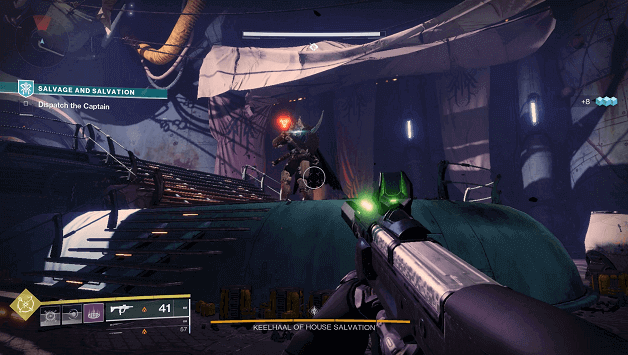 This boss must be defeated for you to proceed but there will be times when he becomes invulnerable.

When you take out his first health bar, he will become invulnerable, and you will need to destroy the two Servitors near him.

Depleting his second health bar will cause him to flee into the outside part of the facility where you may continue to attack him.

Continue attacking the captain until his health loses another bar and more servitors will spawn in the area which you must destroy to damage him again.

After clearing the Servitors that provide invulnerability, you will be able to continuously damage Keelhaal and finally defeat him.

As you exit to the outer area, you will need to interact with the remains of the Stasis which held Eramis and it is soon discovered that the Witness has released her.

Beyond the area will be Spider’s Ketch and after some dialogue with Spider and Drifter, the mission will come to an end with a cutscene after.

Completing the Salvage and Salvation rewards is more of an introduction to the Season of Plunder and after finishing it, you obtain the Skeleton Key, the Season Artifact. 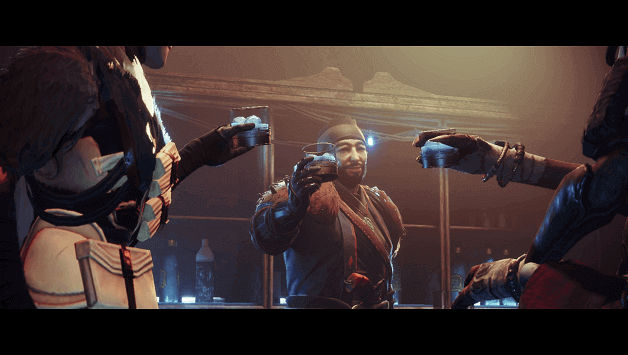 It turns out that this shipment that was stolen is actually Spider, who Drifter was trying to help get into the Last City safely.

Now that everyone is aware of the situation that Eramis escaped, a crew seems to have been formed, and together you and those onboard have an adventure ahead.

Drifter has presented you with the Skeleton Key which is the Seasonal Artifact of Season of Plunder and he mentions that it opens doors that the House Salvation leaves closed.