You would think that treats during The Dawning were only for humans, but it appears that even Fynch likes treats too.

Lucent Crunch is one of the goodies that can be baked during The Dawning and can later be given to Fynch.

This will result in you receiving a gift back from Fynch in return, making your efforts to make Lucent Crunch worth your while.

How To Make Lucent Crunch?

To make Lucent Crunch, you will need to first obtain the necessary ingredients that are needed to bake it.

Once all of the ingredients have been obtained, you will be able to make Lucent Crunch using Eva’s Holiday Oven. 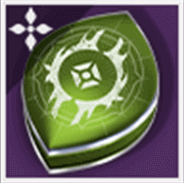 “Deliver this delectable confectionary to Fynch in Savathun’s Throne World.”

Lucent Crunch can be given to Fynch during The Dawning, which will result in him giving you a gift back to thank you for your kind gesture.

You will get a Dawning Delivery from Fynch every time you give him Lucent Crunch, which will be opened right away to give you rewards.

Chitin Power can be obtained from Hive enemies while Perfect Taste is obtained by dealing Precision hits as final blows.

To easily farm both ingredients, all you need to do is defeat Hive enemies and aim for their weak spots to try to make the last hit final blows.

This will allow you to obtain multiple ingredients as you are doing runs, which we recommend should be Lost Sectors.

Savathun’s Throne World has some pretty good Lost Sectors in it, which would be a great way to obtain Chitin Powder and Perfect Taste.

A single enemy can drop both ingredients, which will save you the time of having to farm them separately.

What is strange is that Fynch wants something such as Lucent Crunch but as long as it brings him joy and gets you a gift in return, it is still worth it.