Gentleman’s Shortbread is one of the delicacies that players can bake using Eva’s Holiday Oven during The Dawning.

Devrim Kay is as sophisticated as anyone, especially for someone who is holding the line at the European Dead Zone.

That’s why handing him a nicely baked Gentleman’s Shortbread would be a nice thing to do during The Dawning.

How To Make Gentleman’s Shortbread?

Gentleman’s Shortbread requires the following materials to be baked in Eva’s Holiday Oven during The Dawning.

After you have obtained all of the above ingredients, you can use them to bake Gentleman’s Shortbread in Eva’s Holiday Oven. 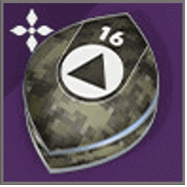 “Deliver this tasteful, tasty treat to Devrim Kay in Trostland in the European Dead Zone”

Gentleman’s Shortbread is a delicacy that can be given to Devrim Kay, who can be found in the church at Trostland at the European Dead Zone.

Once given to Devrim Kay, you will receive a Dawning Delivery gift, which will be opened right away that has a chance to give you legendary gear, glimmer, and more.

Since Gentleman’s Bread requires Ether Cane and Perfect Taste, you will need to target the Fallen for the first ingredient.

Perfect Taste requires that you defeat enemies with Precision Hits, which is easy to do since you just need to defeat most Fallen with headshots or shoot their robots in the center.

Going to Trostland in the EDZ is a good way to farm for both ingredients as the Lost Sectors there can be repeated and you can easily defeat the enemies within.

As long as you are targeting the Fallen and get a few Precision Hits (defeat them with it), you will be able to obtain both ingredients.

This is rather one of the easiest recipes to make due to its ingredients being dropped often and all you need after is Essence of Dawning.

Devrim Kay can be found in Trostland and you may have already encountered him in the past when you first started in Destiny 2.