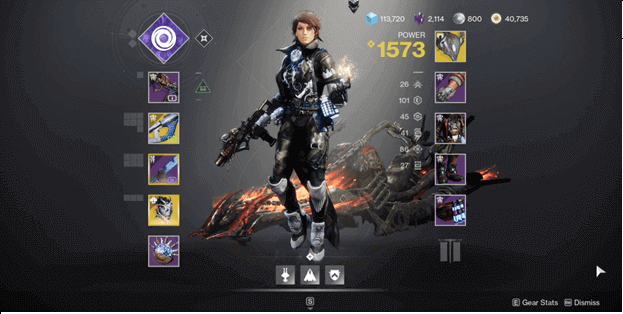 With the arrival of Season of Plunder, the Max Power Level or Max Light Level has once again been increased and this is meant to match the new events of the season.

The Power Level usually increases every season, giving players something to grind for as they obtain better gear through different activities.

Having a higher power will be very beneficial to players who wish to complete challenges quickly as well as progress with quests and missions.

What is Power Level in Destiny 2?

Your Power Level (mentioned in Destiny 2 as Power Score) is a combination of power value across all the gear that you currently have equipped.

This will change as you equip different kinds of gear, taking an average value based on each of the pieces, making it important to upgrade when possible.

A higher Power Level affects both the amount of damage you deal as well as your resistance to damage that you receive.

Aside from the regular Power Level, having a Seasonal Artifact will provide you with bonus Power Levels which remain until the end of the season.

The bonus levels from the Artifact increase based on XP that you gain throughout the season and are shared across all our Guardians.

At the end of each season, the Artifact will be gone and a new one will be introduced, which will require you to level it up again.

How To Increase Power Level in Destiny 2? 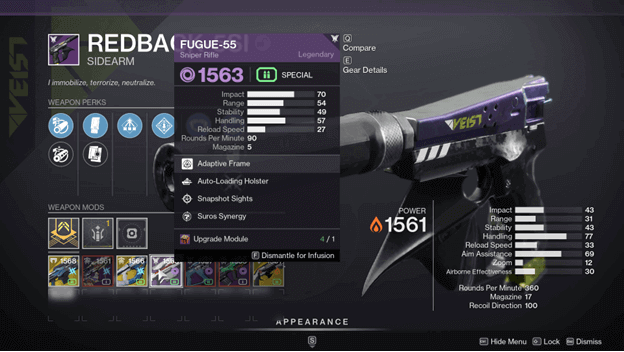 To increase your Power Level in Destiny 2, you will need to equip better gear that you can acquire in different ways, but this comes at a limit depending on which power cap you reach.

As you obtain gear, you have the option of swapping them for your current gear or dismantling them for infusion.

How To Upgrade Gear with Infusion?

If you like the gear that you currently have but want to upgrade its power value, this can easily be done by dismantling similar gear to upgrade it.

When dismantling gear for infusion, this consumes the dismantled gear and transfers its power value to the gear you are infusing.

This allows you to keep the gear and preserve its stats while simply increasing its power value to give you a higher Power Level.

The Season of Plunder Power Level caps have changed and have become higher than they were in the previous season, which is Season of the Haunted.

Most new players will be around the Soft Cap in Destiny 2 and those who have previously completed The Witch Queen campaign would be around 1500.

Players can increase their Power Level in this range by doing any kind of activity as all of the drops will drop with higher power values.

The Power Cap reaches up to 1570 and after this, players will still be able to increase it by a bit but sooner or later it will start to depend on specific tasks.

Activities in Season of Plunder have a recommended level of 1520 and it is important to reach this or higher to comfortably participate in Ketchcrash, Expeditions, and more.

The Pinnacle Cap is a journey to reaching the highest Power Level of the season and this is done through more tedious tasks but eventually is reached with a bit of grinding.

Certain activities will provide you with a chance to get gear that can increase your Power Level but this can be limited and you will only get a chance every week.

How To Get Better Gear in Destiny 2? 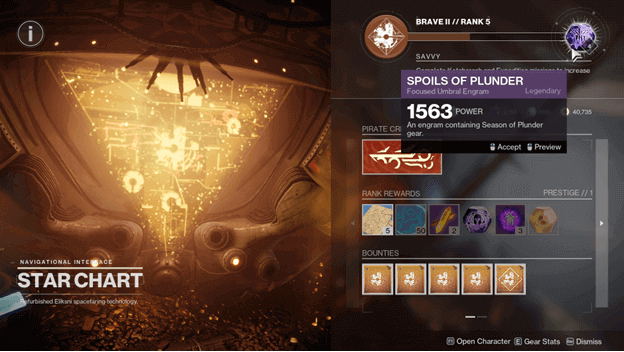 The Soft, Powerful, and Pinnacle Caps all have their ways for you to obtain the required gear to upgrade and increase your power score.

Each of these can be done until the next cap is reached, making it more challenging as you get stronger as you get near reaching the Pinnacle Cap.

Soft Cap gear can be obtained almost anywhere, and this means doing normal activities or simply exploring locations and killing enemies can provide them.

It would be best to do regular activities from the Season of Plunder when possible, to quickly increase your Power Level as you will be with other players.

Quests and missions will usually put you on a path to reaching higher Power Levels and doing activities such as Lost Sectors, Public Events, Patrols, and more can help too.

One of the best ways to increase your Power Level around the Powerful Cap would be to do one of the seasonal activities called Expedition missions.

These allow players to obtain a lot of gear, especially when you can equip your Captain’s Atlas with a treasure map for extra loot.

Additionally, the following are other ways to obtain gear to progress with the Powerful Cap:

After reaching 1,520, players will have a narrower pool of options to choose from if they want to level. The most notable change is that blues and regular world drops won’t boost their Light level past 1,520

Reaching the Pinnacle Cap can be slightly more tedious than the other caps since the chance to do this occurs once a week and they are quite limited.

Gift Of The Thunder Gods 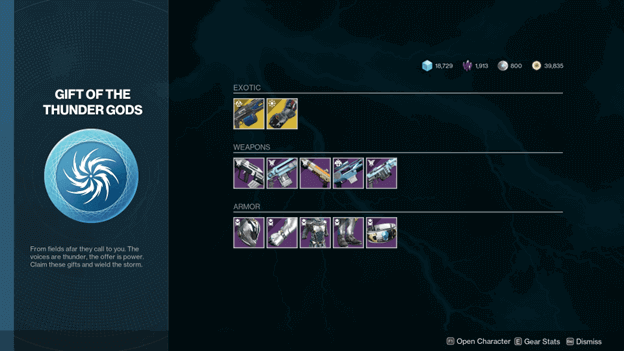 The Gift of the Thunder Gods was introduced upon the arrival of the Season of Plunder along with the Arc 3.0 update.

Players get the opportunity to increase their Power Level for a boost to easily catch up with the season in order to participate in seasonal activities.

To obtain the Gift of the Thunder Lords (free) you simply need to head to the H.E.L.M. and open it near the Star Chart.