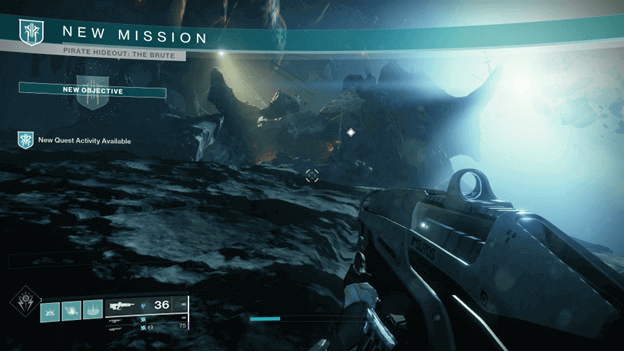 You have located a Pirate Hideout deep in the Themis Cluster where Val’aug, the Brute remains hidden safely until now.

It is your task to infiltrate the hideout and fight your way through the enemies to claim whatever secrets lie waiting within.

During this mission, you will face Val’aug and come across a relic from long ago, which Spider of course wants you to take.

How To Unlock Pirate Hideout The Brute?

The Pirate Hideout: The Brute mission becomes available once you reach quest step 6 in the Sails of the Shipstealer Seasonal Quest. 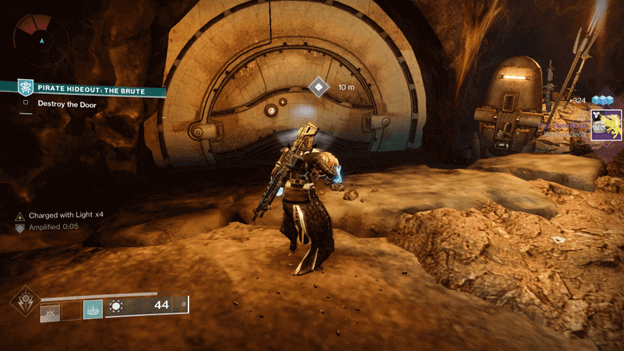 The Pirate Lord Val’aug, a Cabal defector, is hiding away in her hideout at 64974 Savaria and you will need to infiltrate it.

Follow the path and make your way towards the waypoint to find the entrance and use the Skeleton Key to open the door to get inside.

Once inside, you will encounter a pirate crew and will need to clear them out before attempting to get through another locked door.

There will be an Unstable Power Unit on the ground (marked by a waypoint) and you will need to pick it up to throw it at the door, which will destroy it.

Watch out for enemies on the other side of the door and clear them out before you make your way to the waypoint. 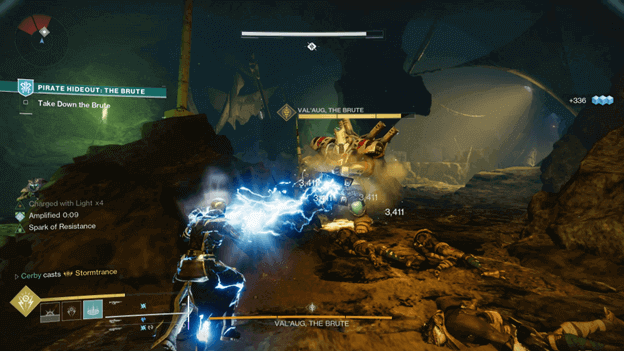 5) Take Down the Brute

Once you arrive in the next area, Val’aug will be there and will begin to attack you from a distance, so you will need to take cover and push forward as you fight enemies.

After losing part of her health, Val’aug will retreat a bit and you will have to go after her and start attacking again.

Upon losing another portion of her health, she will retreat once more but this time to the final area, which appears to be their stash.

You will be able to defeat Val’aug as she will no longer be invulnerable, allowing you to proceed to clear the rest of the enemies.

Once you have defeated Val’aug the Brute, proceed by clearing the rest of the crew that are remaining in the area.

After you clear out the crew, there will be a Relic nearby (which previously had a barrier) that you may now pick up.

Picking up the Relic will conclude the mission.

Finishing Pirate Hideout The Brute mission rewards you with Glimmer as well as a legendary piece of gear which may be from Season of Plunder. Additionally, you also get the Relic needed to complete the Antiquarian I Seasonal Challenge. 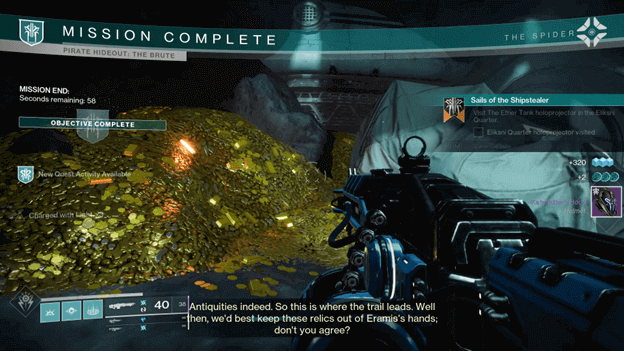 You were successful in infiltrating Val’aug’s hideout, and it looks like her raiding days are now over but there are more of them out there somewhere.

The Relic you obtained is one of many antiquities that may come in handy later, most likely when you head back to the H.E.L.M.

With one Pirate Hideout conquered and Val’aug out of the picture, it’s time to continue the hunt to find more Relics and uncover more secrets.