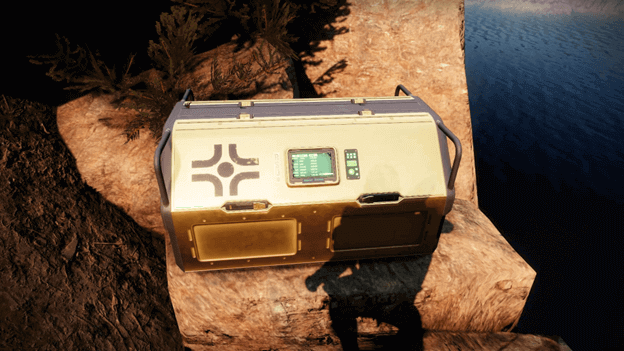 The Cosmodrome used to be a vital link to space during the Golden Age of humanity but is now an abandoned location where you can still see forgotten colony ships.

Amongst the leftovers of the land, there are Cosmodrome Region Chests that may be found scattered all around the different regions.

Cosmodrome Region Chests have a golden color and have the iconic Region Chest symbol on their left side with what appears to be a small digital interface at the center.

The steppes, Mothyards and Forgotten Shore are the different regions in the Cosmodrome where you can find the Region Chests. There are a total of 15 Cosmodrome Region Chests that may be found in all these three regions.

Below you can find all the locations of those 15 Region chests in Cosmodrome. 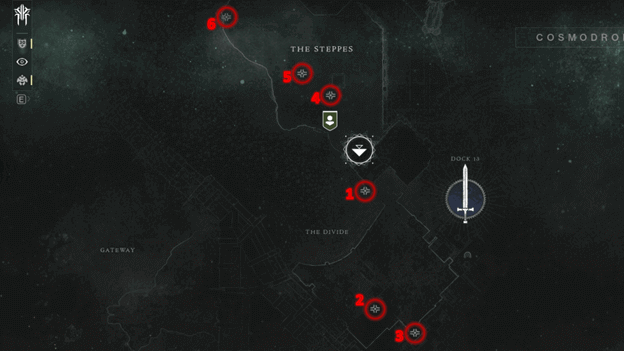 The first chest can be found by making your way to the Divide and just as you exit the structure, look to the very right and you will find it at the side.

You can find the second chest by heading to its location and jumping up to the damaged part of a building where it will be inside one of the open rooms.

The third chest in the Steppes can be found by heading to the marker and looking under a destroyed road near a door.

If you head north from where Shaw Han is, you will notice a cave to the right, which is where the fourth chest will be.

The sixth chest can be found under a cliff where the marker is located, and you can simply look down and carefully descend to it. 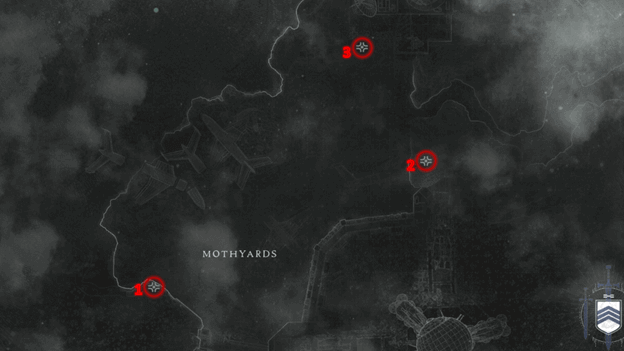 The first chest located in the Mothyards can easily be found by following the side of the cliff where you will see it from a distance or under the cliff directly.

In the marked location for the second chest, you can climb up what remains of a plane and jump to a nearby cave where it can be found.

If you head to the north and check below the Lunar Complex, one of the roads will lead to a cave where you can find the third chest. 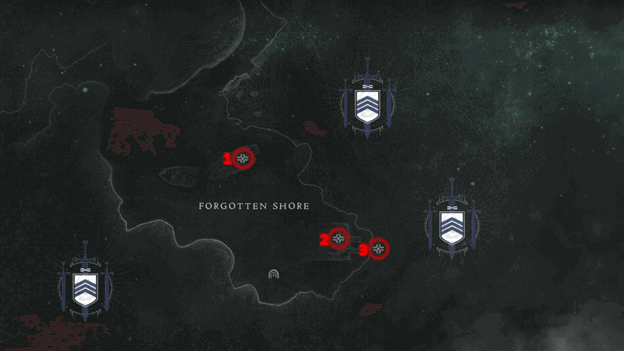 Forgotten Shore’s first chest can be found deep within the destroyed ship, which is easy to enter, and you will find it at the bottom.

You will be able to find the second just below the facility to the right side of Forgotten Shore which will be inside a cave.

If you go straight through the facility and look beyond the destroyed bridge, you will see the third chest in plain sight. 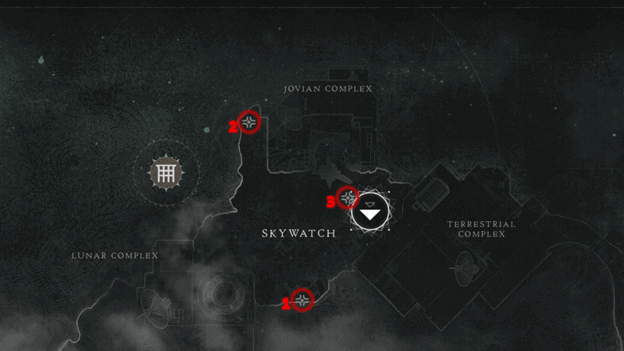 The first chest can be found near the abandoned helicopters, and you can find it in a cave below a damaged rail but be careful of the Blistered Ogre.

You will be able to find the second chest to the north of Skywatch behind a fence and can simply jump over to reach it.

The third chest can be in a nearby cave just near the fast travel point, you will be able to see the entrance as soon as you approach the marked area.

Cosmodrome Region Chests are a great way to get a good amount of Glimmer when you are first starting in the game.

Aside from obtaining Glimmer, they also give Spinmetal Leaves which come in handy later on when you purchase Upgrade Modules from Banshee-44.

Another bonus to gathering Region Chests is they may contain items that can be Rare or Legendary gear for you to equip, use for upgrading or dismantle.