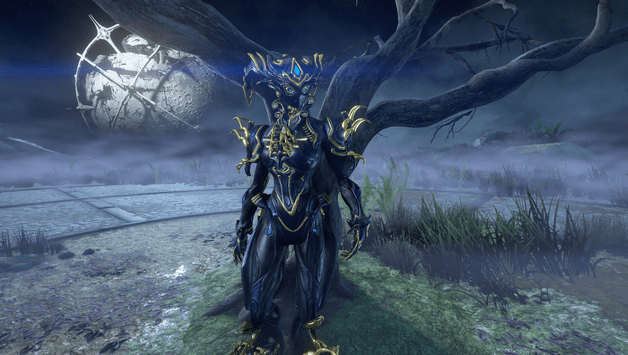 Known well for the many tricks that she has up her sleeves, Mirage is a force to be reckoned with, especially when well modded.

Using her powers to duplicate herself, she creates doppelgangers who can mimic her actions, which include her using the different weapons she is equipped with.

Making use of her area of effect abilities, Mirage can quickly get rid of large groups of enemies before they even get the chance to get near her. 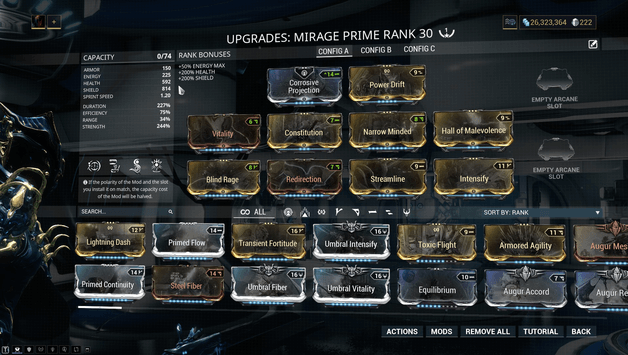 This build focuses on giving you a longer duration when using Hall of Mirrors and with the addition of Hall of Malevolence to the build, the doppelgangers will deal a great deal of damage.

The build will cost more energy and will affect the range of Mirage’s others abilities but grants a long duration for Hall of Mirrors.

This build can be utilized with powerful melee weapons which the doppelgangers will be using as well, making a great damage output happen.

Weapons fired will also benefit this build, especially those with unique effects and those which can damage multiple enemies. 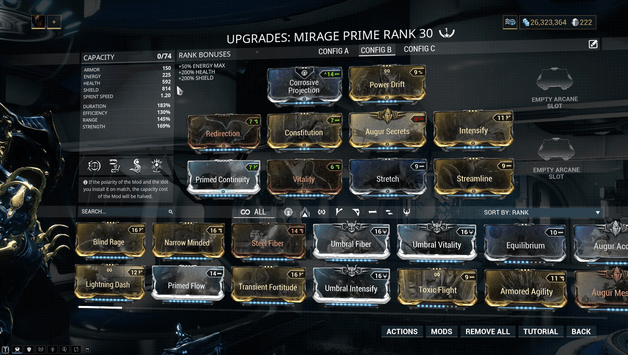 This allows Mirage to use all of her abilities with decent damage and effects at moderate costs with good enough duration for each of them.

Mirage also gains survivability due to the increased health and shields, which allows her to benefit more when using Eclipse to sustain herself with the reduced damage.

Those who are testing Mirage out for the first time can refer to this build as it will go well in the majority of situations and can be later on modified for your preference. 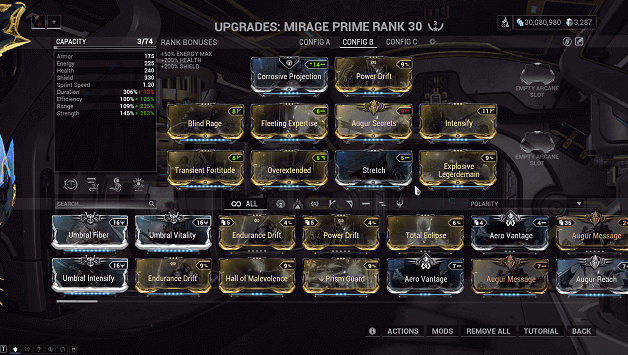 One of the more popular builds for Mirage is this area of effect build, allowing her to easily kill multiple enemies within seconds due to damage and range.

Sleight of Hand with the Explosive Legerdemain augment will allow each cast the ability to create proximity mines that detonate when enemies come near them.

Once enemies have been killed, simply recast Sleight of Hand to create new proximity mines and repeat this until you have a seemingly infinite number of mines being created.

Focusing on damage and range, enemies will easily be destroyed with this build, allowing you to easily progress in maps like Hydron or when doing Sanctuary Onslaughts. 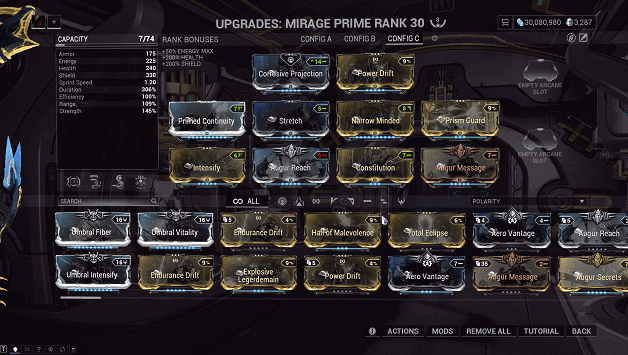 While Prism alone is quite powerful, equipping the Prism Guard Augment Mod will further allow you to control where it goes since it will be hovering above you.

You will be able to move freely as the energy prism follows you, dealing large amounts of damage to enemies that are within range.

This reduces the duration of Prism but it is all the more worth it since you get more damage from the energy prism following you and benefit from increased duration for other abilities.

This build is great for clearing out open areas and roaming while destroying enemies by simply approaching them, making speed runs, or clearing maps faster.