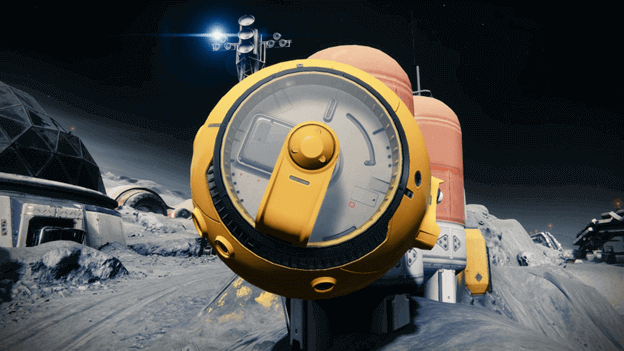 As the hunt continues to destroy all of the Security Drones scattered in different destinations and missions, you can find more of them in the Heist Battlegrounds Moon mission.

Unlike most locations, the Security Drones in this one are quite easy to spot and you can destroy them while completing the mission in only a few minutes.

Destroying all of the Security Drones in Heist Battlegrounds Moon will provide you with XP and Seraph Umbral Energy while also unlocking a triumph later.

Heist Battlegrounds Moon has a total of 6 Security Drones scattered within the mission and these are easily found and can be noticed after a few runs. 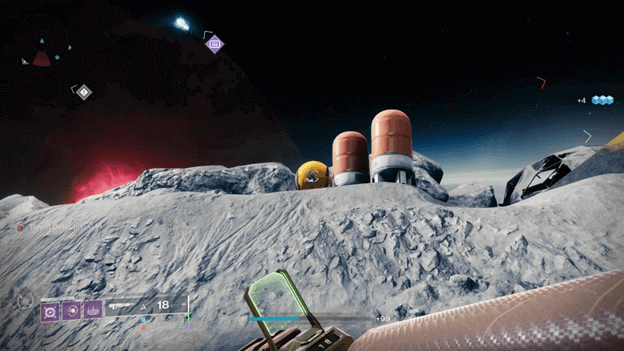 Security Drone 27 is one of the easiest ones to spot in this mission since it is just nearby the first Crytpoglyph when you first start the mission.

Once you are near the Cryptoglyph, look up towards the right and you will see the Security Drone tucked behind on top of a cliff. 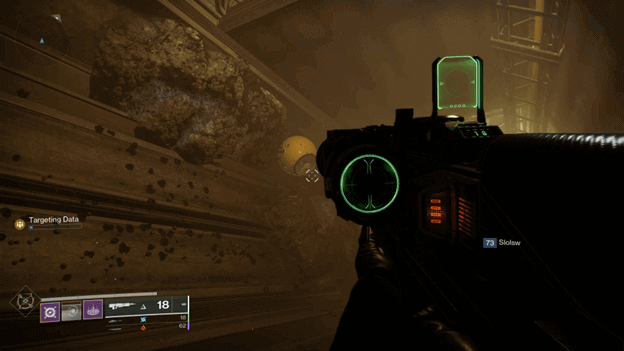 After gaining access to the bunker, there will be another Security Drone that you may spot as you are dropping down.

Using your jump ability will make it easy for you to target this Security Drone and you can still get a chance to shoot it even if you have already gotten past it. 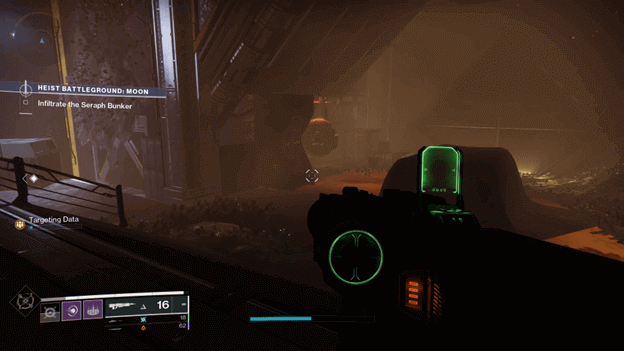 After sliding down, your next path will take you left but if you head toward the right first, a Security Drone will be in the area.

Head towards the right and you should be able to see it peeping from around the corner and you will easily be able to destroy it. 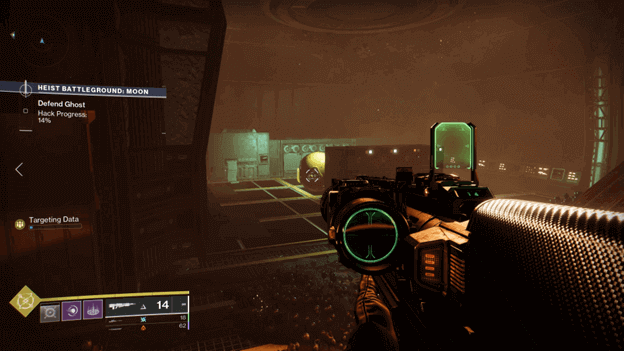 As you continue making your way through the multiple rooms after sliding down, there will be a small area to the right where a Security Drone will be available.

You will notice the green glow in the area and this is where the Security Drone will be located just as you reached the third room. 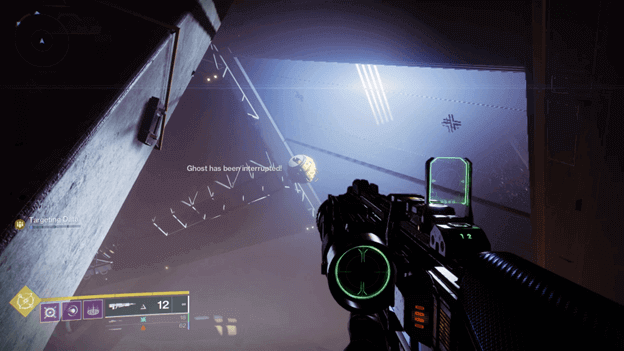 Continuing with your objectives, you will need to later defend Ghost while he is hacking the vault door and within the room, there is another Security Drone.

If you go in the opposite direction from the terminal and look up, you will be able to spot Security Drone 31 above you. 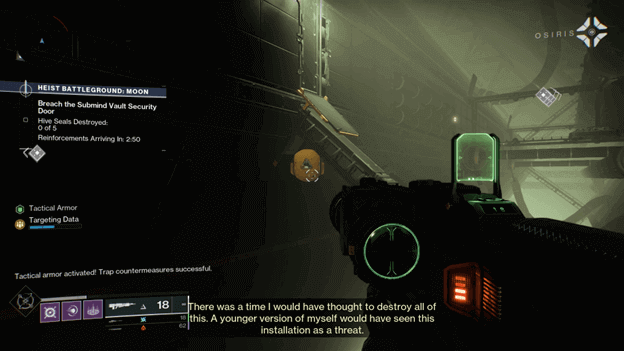 The last Security Drone can be found just outside of the vault and you can reach it by taking the path to the right.

Security Drone 32 will be tucked in a tight little spot but you should be able to shoot at it once you get in the right position.

Some Security Drones require that you look around and do not directly go to the next waypoint as soon as possible.

Destroying all of the Security Drones in Heist Battleground Moon will unlock the Drone Destruction IV triumph.