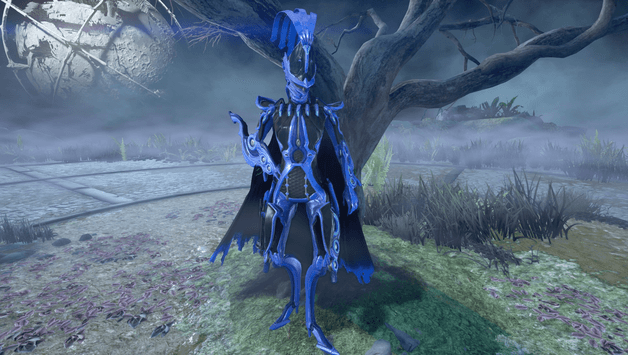 Octavia is a music based Warframe who uses the sounds of her Mandachord to bring her music to the battlefield.

She is a very fun Warframe to use as well as a creative one to handle, using music that you may compose yourself in Warframe to deal damage to enemies while also giving you and your team buffs.

Also Read Acquisition of Other Warframes

How to Get Octavia? 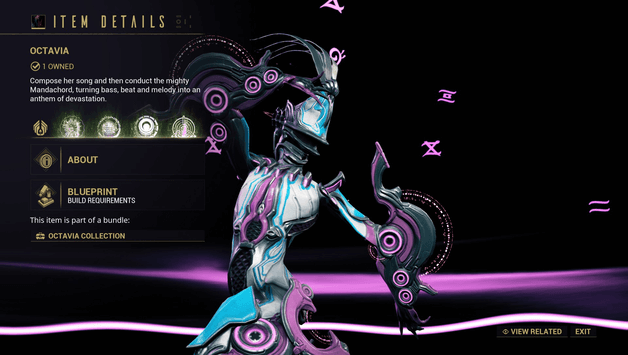 Octavia’s parts are not as easy as some may think they are and are instead collected by doing different specific tasks.

Octavia’s blueprint is a reward from finishing the Octavia’s Anthem quest which is the lore quest relating to Octavia. 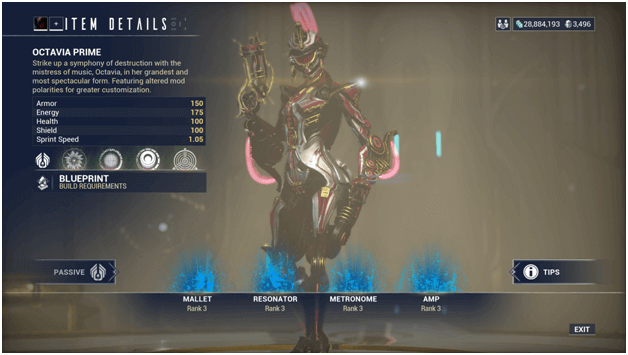 Octavia Prime is the prime variant of Octavia and has a higher amount of shield and energy. 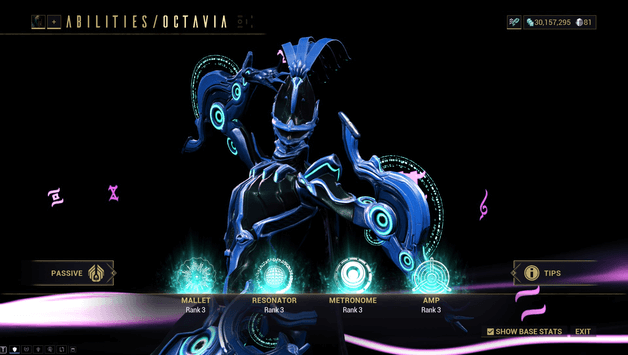 Octavia can summon musical devices to damage enemies that attack in an area, lure enemies to their doom, give multiple buffs to herself and allies and increase everyone’s damage significantly.

Her passive ability is Inspiration which gives Octavia and nearby allies a buff that regenerates 1 energy per second for 30 seconds. 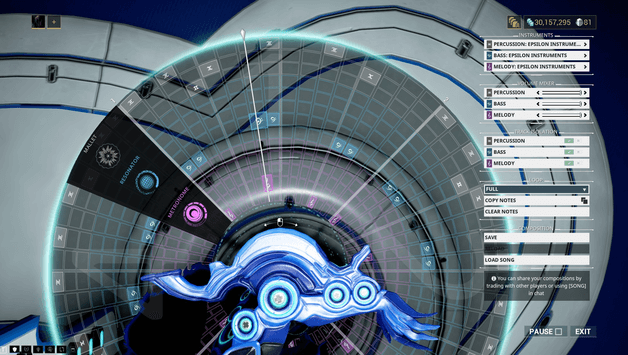 Octavia also has her Mandachord which allows players to create their own songs that are played when her skills are used.

The Mandachord affects her abilities in terms of instances as well as timing, allowing players to customize the effects of her abilities by conducting music. 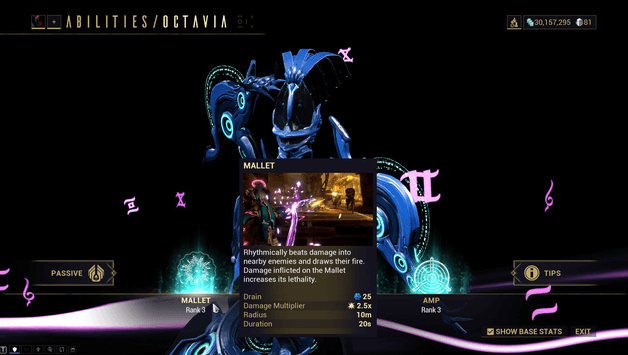 Octavia tosses her device that transforms into Mallet which is invulnerable and hovers in the air while it causes enemies to attack it.

Damage done by enemies is absorbed by Mallet and stored briefly to be converted into damage that is done to all enemies within a certain radius.

This ability is a very powerful ability as it is not only good for crowd control as it draws enemy fire but it also can kill enemies due to the damage it returns to them.

Even high level enemies can suffer greatly from this ability due to the damage multiplier as well as the damage that is absorbed which will scale with enemy level.

Mallet can be picked up by Resonator making the ability mobile and creating a ball of destruction. 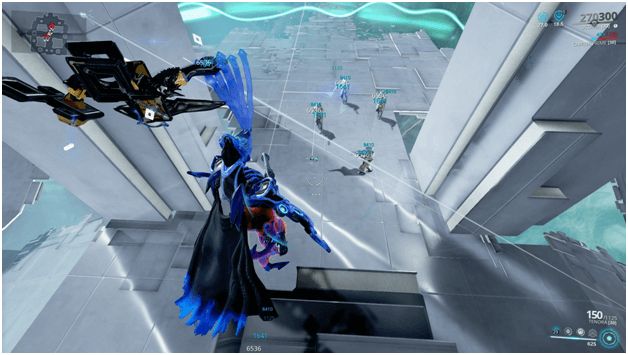 (Enemies getting damaged by Mallet)

Augment Mod: Partitioned Mallet causes the ability to have 2 Mallets at the same time with 50% reduced damage. 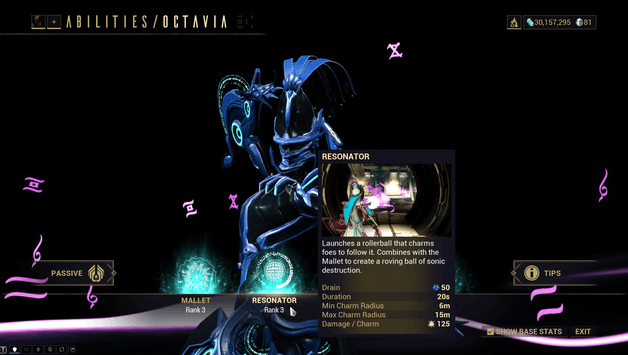 Octavia throws her very own rollerball called Resonator which rolls around and attracts enemies, causing them to follow it wherever it goes.

Enemies who are charmed will continuously receive damage while they are following Resonator and the radius of its effect increased per enemy charmed.

This ability is great for taking enemy fire off of you and your team as well as forcing enemies to get together making them easier to kill.

Resonator will find Mallet and pick it up causing it to become a deadly roller ball that charms enemies and forces them to attack it to deal damage back to them. 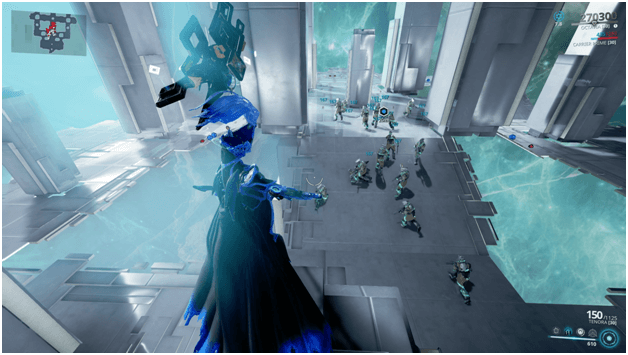 Augment Mod: Conductor allows Octavia to order Resonator to head to a certain location with faster move speed by targeting and activating the ability. 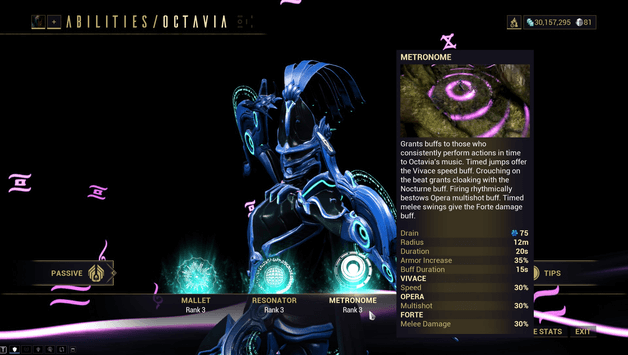 Metronome grants buffs to Octavia and her allies that do specific actions timed with the beat of the ability.

The rings coming from outside and heading towards Octavia represent a visual timing for the ability as well as the sound can be followed to know when to do an action.

The following buffs are available from doing actions in synchronization with Metronome which will last a certain period of time:

With this ability, several allies using different Warframe with different playstyles may make use of the buffs to suit them in any way they need them to.

This makes Octavia’s ability one of the best support abilities due to the many buffs that can be provided. 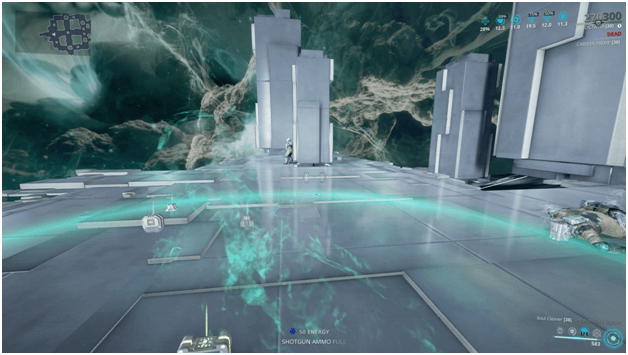 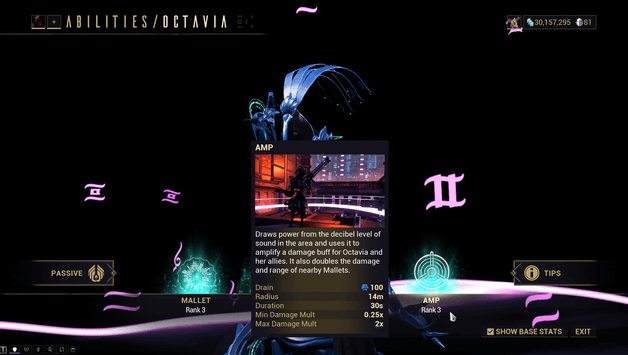 Casting Amp tosses Octavia’s amplifier device which increases the base damage of weapons of allies who are in the affected area.

The damage bonus depends on the sound level in the area and the ability has a certain minimum and maximum damage multiplier.

This ability is excellent for empowering Octavia and her allies, allowing them to do greater damage in an area.

Mallet is affected by Amp, giving it double the damage as well as range while it is inside the area of effect of Amp. 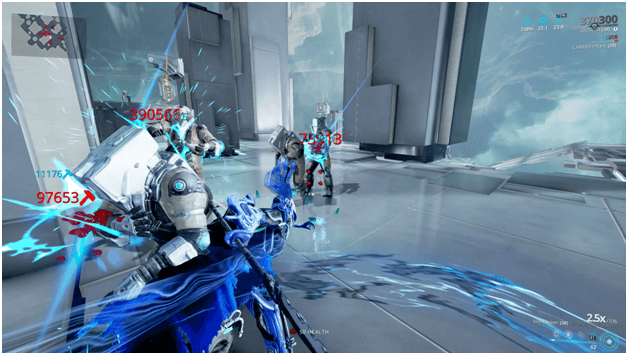 (Octavia killing enemies while inside the radius of Amp) 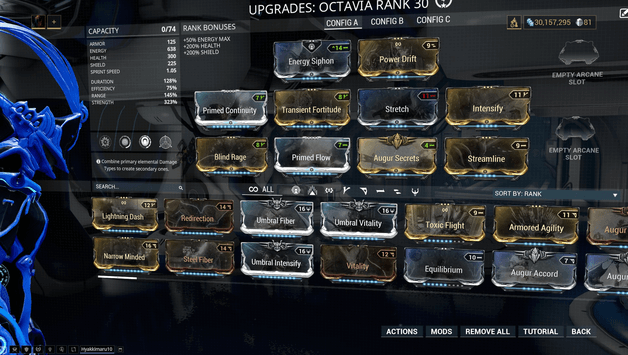 This ability increases Octavia’s ability strength to a very high level allowing her skills to benefit from the high amount of strength while retaining her other stats only with a reduction to efficiency.

All abilities will have an increase in duration while buffs and damage she provides is greatly increased by damage and the affects from her buffs.

This build works well and provides a higher amount of damage than most builds making it suitable for clearing enemies and playing as an offensive Octavia.

Mallet and Resonator will function well due to the high amounts of damage making it easy for the two abilities to clear out enemies.

Metronome’s buffs will have increased effects due to the stats and more strength based boosts.

Amp will give a very high amount of damage to Octavia and her allies as the multiplier is increased. 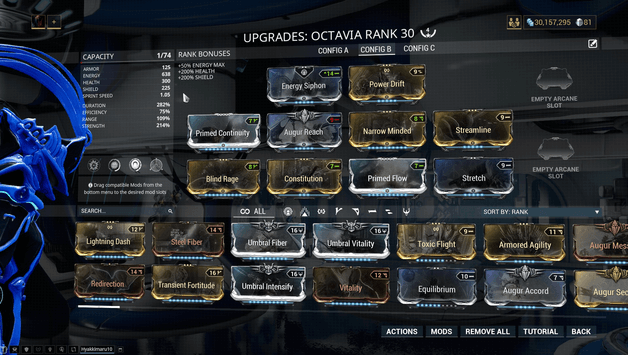 With a slight similarity to the previous build, the Duration Build still offers a good amount of strength while it has an increased duration making it suitable for prolonging abilities.

Octavia will still deal a decent amount of damage but her abilities will stay on the field longer making things easier to keep track of and saving her the need for quickly regenerating energy and recasting abilities.

Buffs from Metronome will last a decent amount of time allowing you to maintain multiple buffs with ease, great for boosting the team.

Metronome’s Nocturne buff can last a longer time which will give a huge advantage to the team giving them invisibility.

Amp lasts a great deal of time and can be used to strengthen the team and keep Mallet boosted for a longer time. 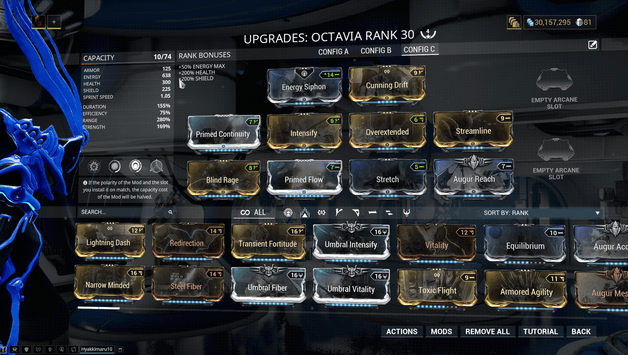 Just like her other builds, this build utilizes all her abilities except this time there is a slight reduction to strength but a great increase in range and a decent boost for duration.

This allows Octavia’s abilities to have a bigger range, meaning her buffs can be obtained at a longer range and her damage abilities can deal damage in a huge radius.

With this build, Octavia can pretty much cover a very large area, forcing enemies to be damaged by mallet and a larger amount of enemies to be charmed by Resonator.

Metronome gives a larger range, making it easy for allies to obtain buffs from the ability. 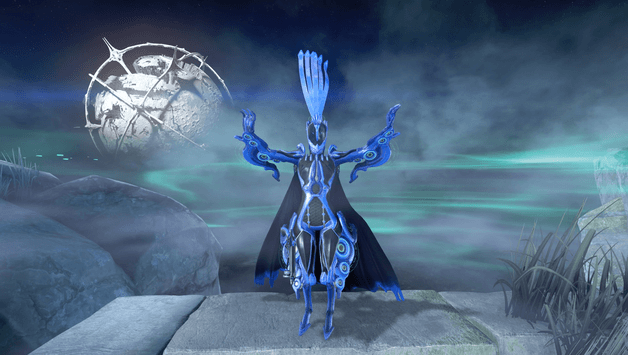 Octavia is a very melodious and creative Warframe, using music as her tool of destruction and giving the user the ability to compose their own music to determine how the effects happen.

She is great for dealing a lot of damage in a large area due to the combination of Mallet for returning damage with a strong multiplier and luring enemies to their doom with Resonator.

Metronome does not only benefit her, it also affects her team as well and with such buffs, including Nocturne which makes everyone invisible, it has become one of the best support abilities.

Octavia is great for both support and damage and can even utilize her other abilities for other missions depending on how the player takes advantage of them.

Using music as a tool of destruction for enemies and boons to her allies, Octavia conducts victory upon the battlefield with her magnificent instruments.