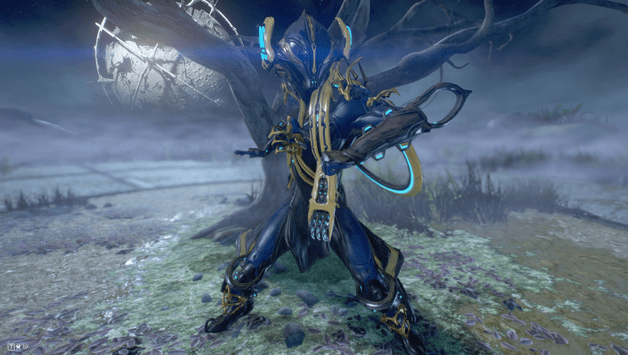 Nezha is an offensive and mobile Warframe, who excels and moving around in a fashion where he defies friction and uses fire to damage his enemies.

He is one of the tricky Warframes to use at the beginning due to his movement being a bit slippery for most player as he tends to “drift” when moving around he also has abilities that make him great as a solo Warframe.

How to Get Nezha? 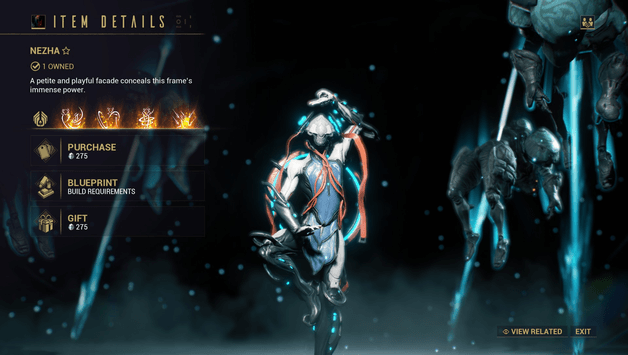 Nezha must be researched in a clan dojo via the Tenno Lab for the clan before any of the members may replicate Nezha’s blueprint and parts blueprints.

Instead of researching and replicating his parts, Nezha may also be purchased already built for 275 platinum. 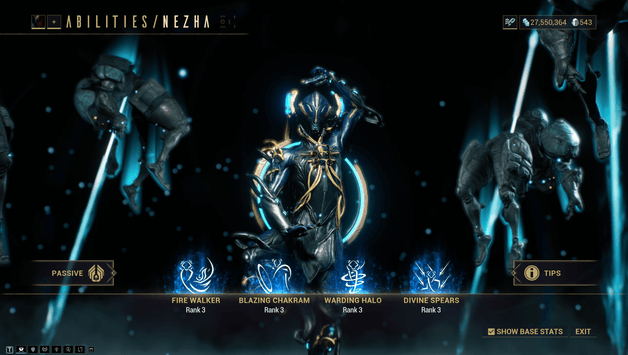 Nezha has the ability to leave damaging trails of fire, throw his Chakram to damage multiple enemies, create a protective barrier around himself as well as impale enemies and slam them on the ground.

His passive allows him to slide 60% faster and go 35% further. 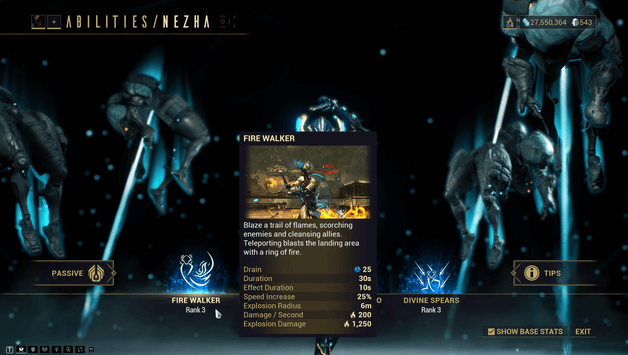 Nezha allows himself to release a trail of fire when he walks which damages enemies who come in contact with it.

When teleporting via his Blazing Chakram ability, the area he teleports to will be engulfed in heat damage when he lands.

This ability is great for dealing a sustained amount of damage per second to enemies as the fire stays and may set them on fire.

Due to Nezha’s quick movement, he can easily spread a flaming trail around maps with ease. 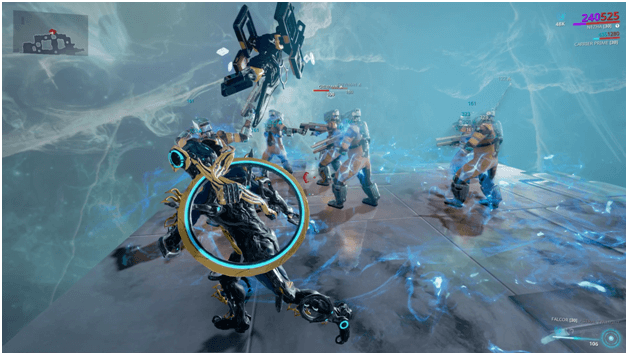 (Nezha leaving a trail of fire that burns his enemies) 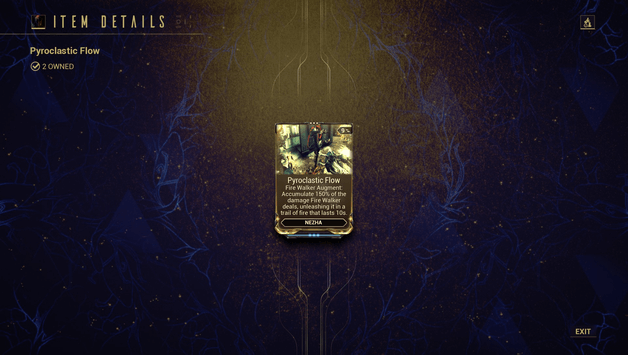 Augment Mod: Pyroclastic Flow allows Nezha to cause all the damage from his Fire Walker ability to be spread out in front of him to enemies. 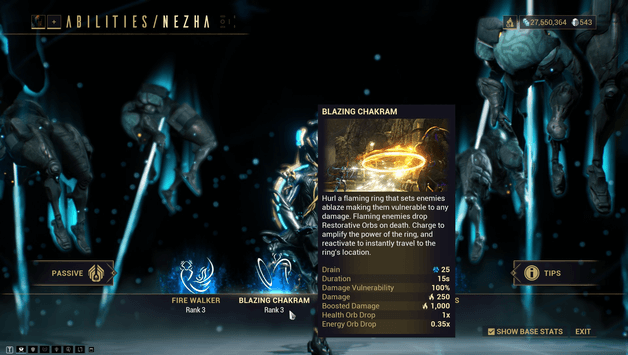 Nezha throws his ring at enemies which bounces between nearby enemies and sets them on fire.

Enemies hit and that are affected will be more vulnerable to damage allowing them to be killed much easier.

This ability not only damages enemies but also makes them drop orbs that can replenish health or energy.

When the ring is in motion, Nezha may reactivate the ability to teleport to its location instantly.

Using this during Fire Walker will cause an explosion of heat damage to the area where Nezha lands after teleporting.

This is a great skill for both dealing damage and moving around and allows Nezha to reach different locations or catch up to enemies that are far from him.

The amount of damage this can do is high and goes well with Nezha’s other abilities since it makes enemies more susceptible to damage. 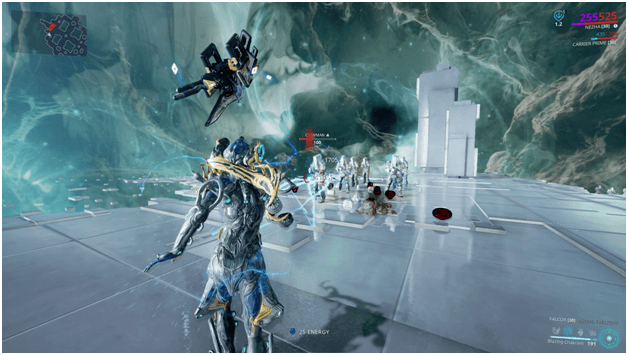 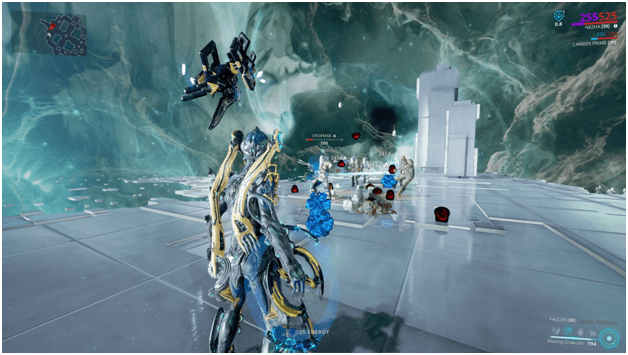 (Nezha’s ring bouncing to other enemies during Blazing Chakram) 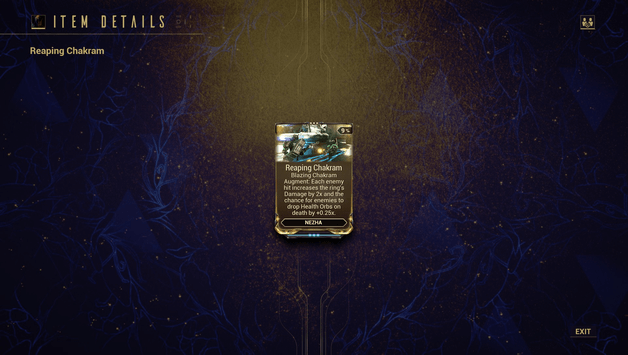 Augment Mod: Reaping Chakram increases the damage of the ability by each enemy hit and a higher chance to drop health orbs. 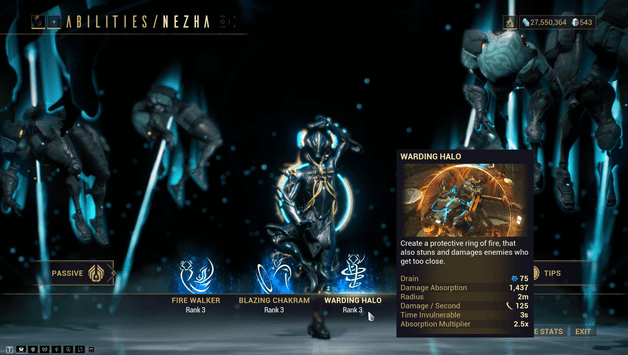 Nezha creates a ring that acts as both a protective and offensive barrier which lasts indefinitely or until its damage absorption runs out.

This not only absorbs damage that is intended to hurt Nezha but it will also damage enemies and stun them if they are near him.

Warding Halo is a very powerful ability and can allow Nezha to kill enemies easily due to the crowd control applied just by being near an enemy as well as being very tanky due to the high amount of damage absorption. 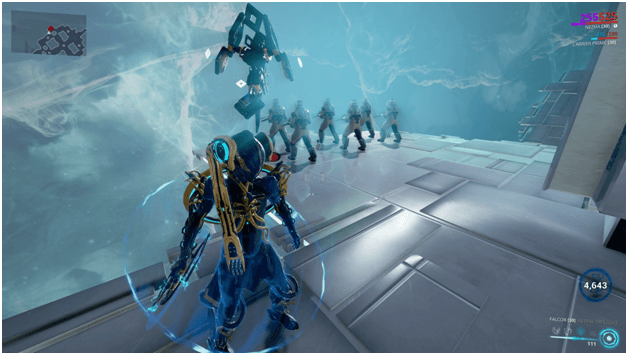 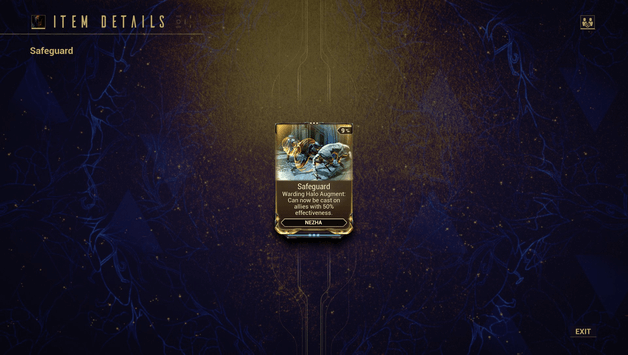 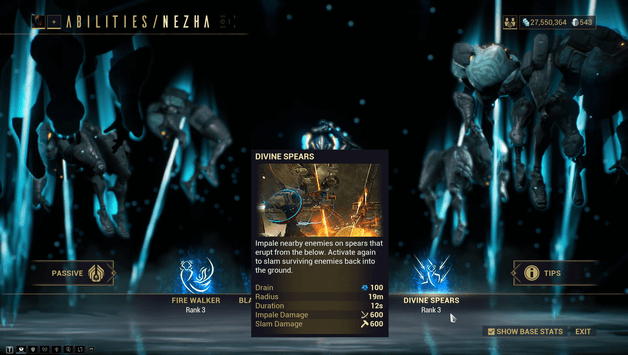 By reactivating the ability enemies that are impaled will be slammed on the ground and will take damage again.

This ability is great for both crowd control and killing enemies where Nezha may hold them with the ability and attack the enemies or simply use the impale and slam to clear up multiple foes. 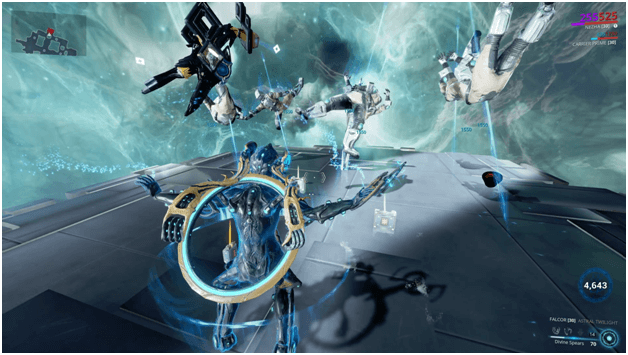 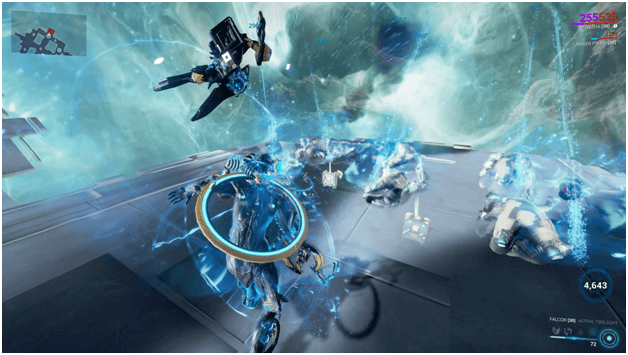 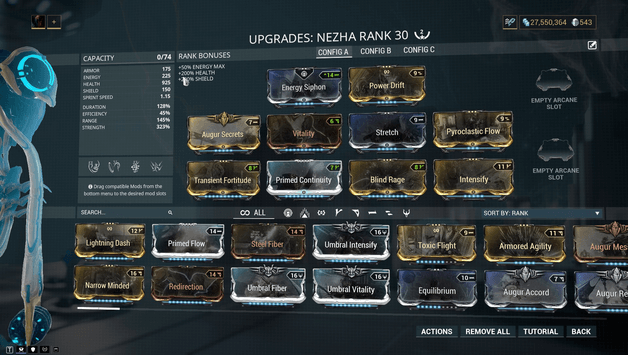 This build gives Nezha an extremely high amount of ability strength to the extend where he may use his Fire Walker ability to deal a large amount of damage.

Optionally, Pyroclastic Flow may be added to the build to deal very large amounts of during or after Fire Walker damages enemies as it will store up the damage for the secondary cast of Fire Walker which unleashes a wave of fire in front of Nezha.

This build is excellent for dealing large amounts of damage with Nezha’s abilities and is very good for both damage dealing and solo missions.

Fire Walker will deal a large amount of damage and burn enemies with decent heat damage, Pyroclastic Flow will store up more damage due to this, allowing the released damage to reach very high numbers.

Warding Halo will allow Nezha to absorb a very large amount of damage, making him almost untouchable by enemies.

Blazing Chakram will deal exceptional damage to enemies at the cost of more energy.

Range is increased fairly to allow Nezha to use Blazing Chakram to do explosion damage during Fire Walker and to deal heavy damage with Divine Spears.

This is a very strong build which allows Nezha to not only deal high amounts of damage but also do a lot of tanking due to the ability strength and its effect on Warding Halo. 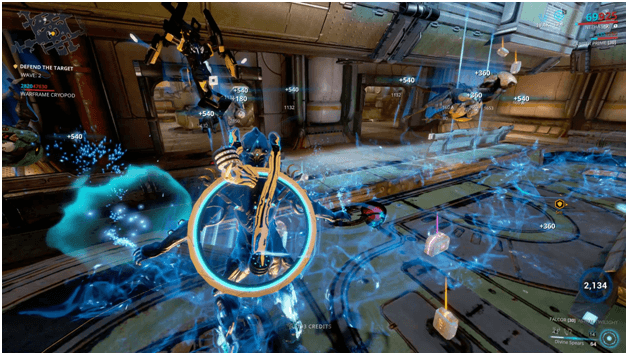 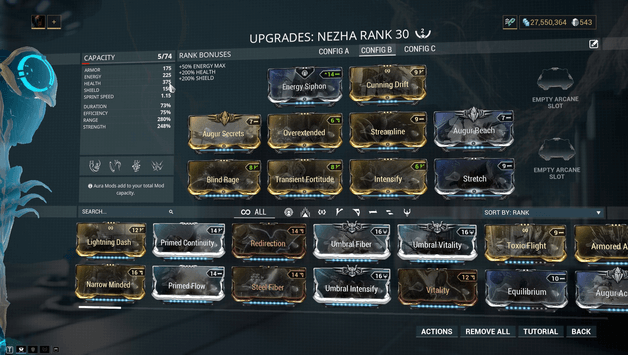 This build increases the damage that can be done with all abilities but not to the same extent as the previous build.

Instead it focuses on giving Nezha more range which mainly benefits the explosion radius when Nezha teleports with Fire Walker active as well as the range of Divine Spears.

With this build, Nezha can disable several enemies in an area with his Divine Spears ability, allowing him or his allies to take advantage and kill them.

This build is good for crowd control as well as clearing large areas of enemies. 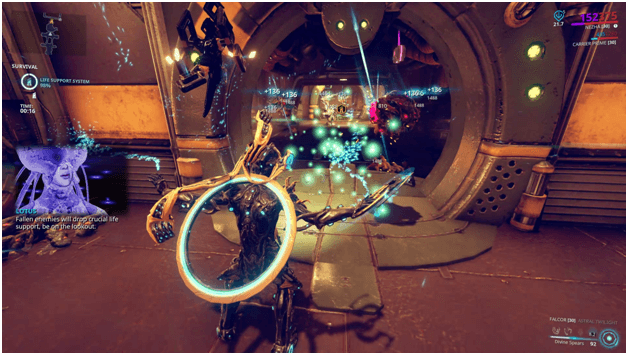 Shadows of the Dead Bruiser Build 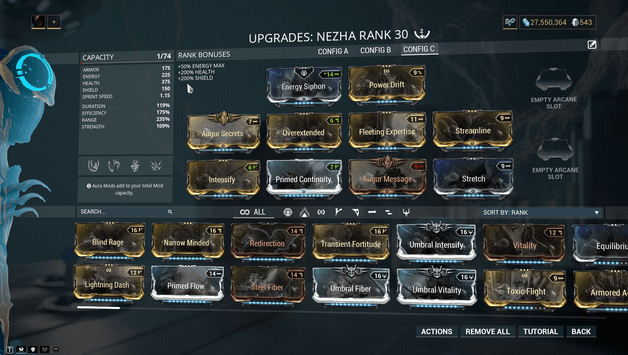 This build is meant to allow Nezha to spam all of his abilities repeatedly or use them during important situations at low energy costs.

Fire Walker may easily be cast due to the low mana cost while Blazing Chakram may be used multiple times allowing damage to be dealt by explosions as well as fast movement around the map.

Warding Halo will still absorb a fair amount of damage and Divine Spears will be very cheap to cast, allowing Nezha to cast it more often.

This build works good for crowd control as well as damage if the skills are used in sync and at the right time. 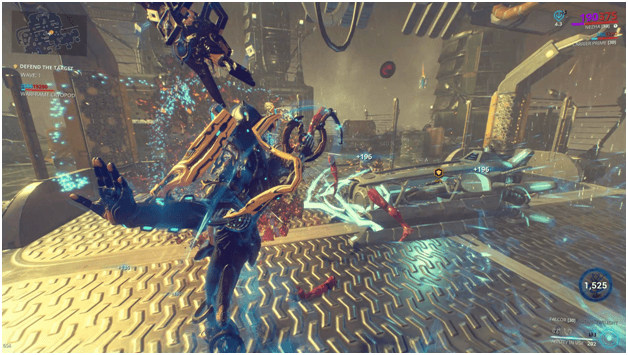 (Nezha using all of his abilities) 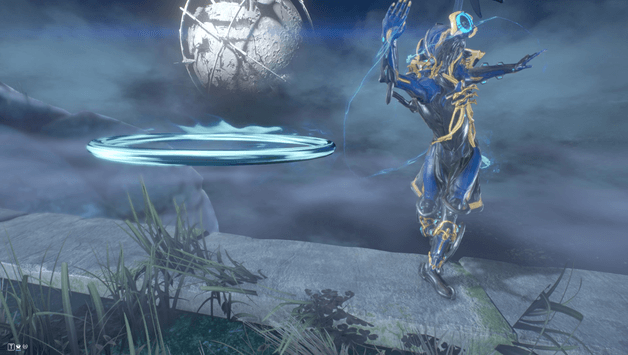 Nezha may be a bit tricky for new and old players alike as his movement alone can be a bit difficult to master at first as well as the combination of his abilities.

Many tactics may be applied to Nezha such as teleporting around with Fire Walker to deal multiple instances of explosion damage or impaling enemies with Divine Spears and using Blazing Chakram to hit them before slamming them.

When it comes down to it, it all depends on how you use his abilities as they synergize well due to the additive damage and once you get a feel to the abilities, Nezha will become a very deadly weapon.

Most do not know that Nezha is very capable of being a solo Warframe, able to withstand high amounts of damage and deal them as well.

With his abilities alone, Nezha is powerful and if you add good gear to go with him, then you have one powerful solo or team playing Warframe.