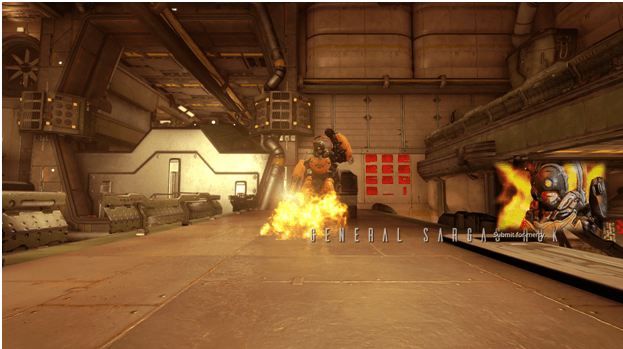 Following this guide will give you an edge on how to defeat General Sargas Ruk easily by following a few steps making him an easy boss to handle. 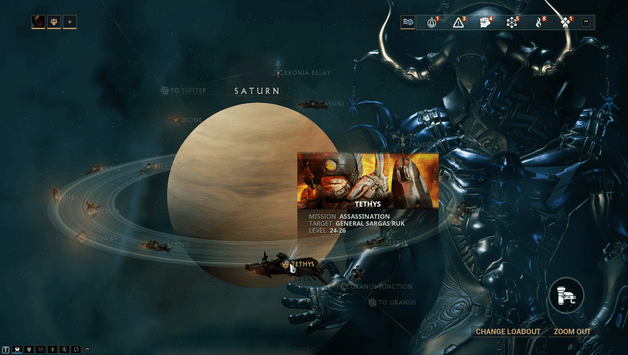 General Sargas Ruk may be encountered on the Tethys mission on Saturn. 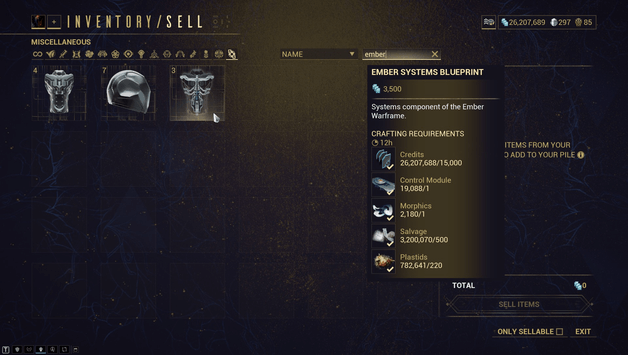 Defeating Sargas Ruk will reward you with a random Ember part upon extraction.

How to kill General Sargas Ruk? 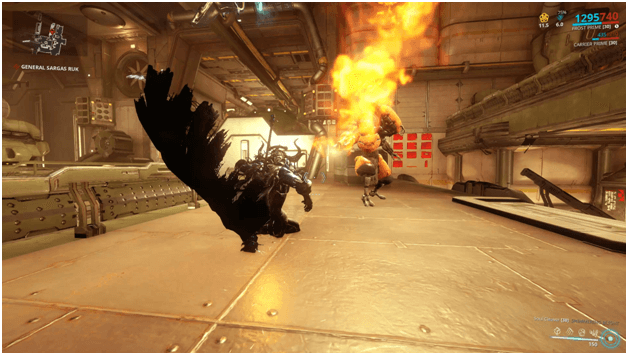 General Sargas Ruk will attack you with different attacks, all dealing heat damage which can be evaded by dodging or moving out of range, tanked with sturdy Warframes or blocked off with defensive Warframes.

His armor is invulnerable and he will only be damageable when a weak spot opens up. 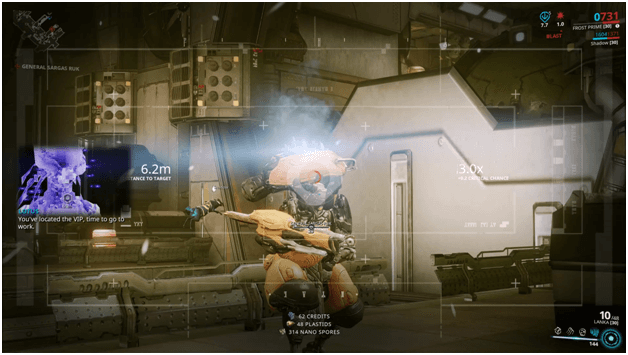 Sargas Ruk will be attacking you with his flamethrower that can cause you to burn or may launch grenades at you which can knock you down.

These attacks may be evaded by moving away or dodging them.

Eventually an exhaust on his shoulder will begin to glow, revealing itself as a weak spot which you may the fire at to destroy it which causes it to explode. 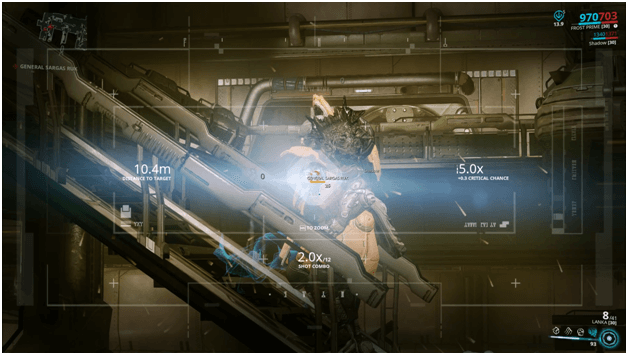 After destroying the exhaust on his shoulder, Sargas Ruk will do the same attacks although he will have an addition attack where he slams the ground and sends out a ring of fire.

This can be endured or evaded depending on the capability of the Warframe.

Similar like the previous phase, a part will begin to glow except now it’s located on his chest.

Shooting this part will cause it to explode and bring us to the last phase. 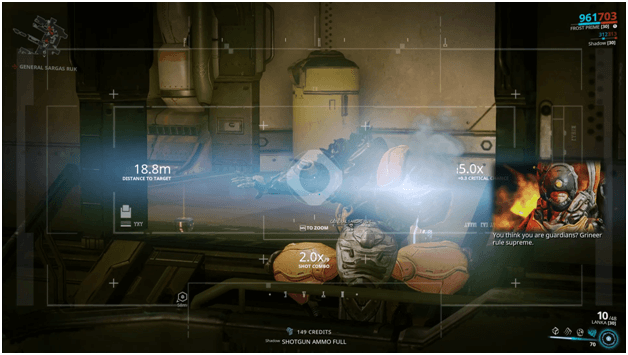 During the third phase Sargas Ruk will have an additional attack once more where he channels his ability, balancing himself on his weapon causing flames to come out in pillars where you are standing.

This can be evaded by moving around or tanked if the damage doesn’t take too much of your health.

His final weak spot will be revealed on his back which can be fired at when it begins to glow.

After dealing enough damage to the weak spot on his back he will finally be defeated. 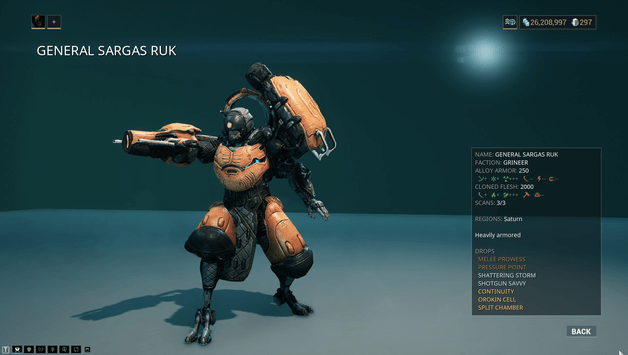 General Sargas Ruk is a heavily armoured and augmented Grineer who has been known for interfering with the Tenno dig site operations in search for Orokin artifacts.

He mainly uses the weapon on his right arm which is capable of firing like a flamethrower as well as launching explosive fiery projectiles and used to cast fire related area of effect abilities.

He is invulnerable in all areas except for the weak spots that open up during the battle with him. 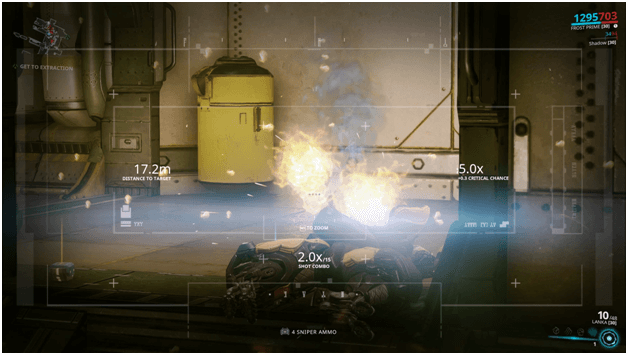 Weapons with a large area of effect or weapons that can be accurately fired will be ideal for targeting the weak spots that General Sargas Ruk has and will make killing him simple yet efficient.

It may be difficult for some to evade most of his attacks and one may need to have a good amount of health and a properly modded weapon and Warframe if going solo.

General Sargas Ruk is slow and keeping distance from him until a weak spot opens up should not be a problem.

There are Grineer forces that regularly spawn and dealing with them is advised to avoid taking damage from multiple sources.

Modding for Radiation can greatly improve the effectiveness of your weapons when going against this boss. 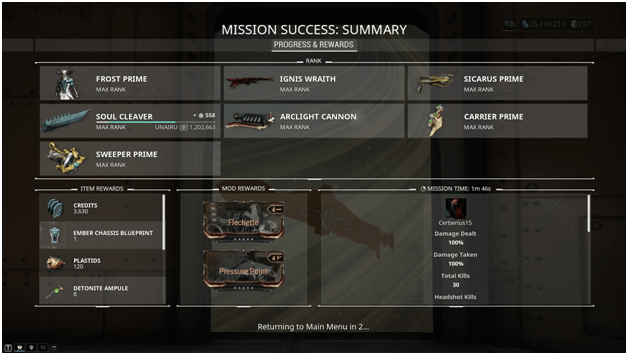 After defeating General Sargas Ruk, extracting from the mission will reward you with a random part needed to craft Ember.