(Lephantis shown when encountered in the mission) 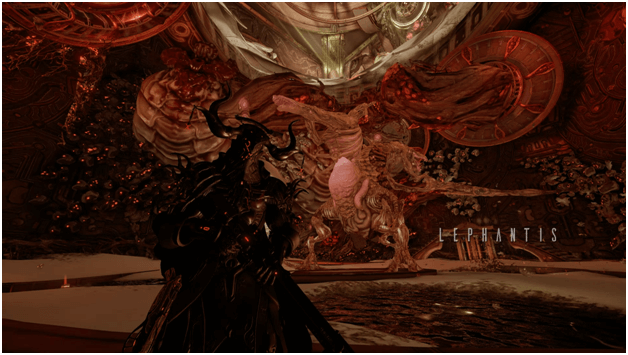 Lephantis is a large Infested boss that has been living since the Old War and is one of the largest bosses that you may encounter in Warframe.

There are many Warframes you can use when it comes to how to kill lephantis and this can be of your choice or whatever you think may be comfortable for you or your team.

Depending on your equipment and mods, you may figure out which is the fastest way to kill Lephantis and farming it for Nekros parts or any other reason will be helpful to you and your allies. 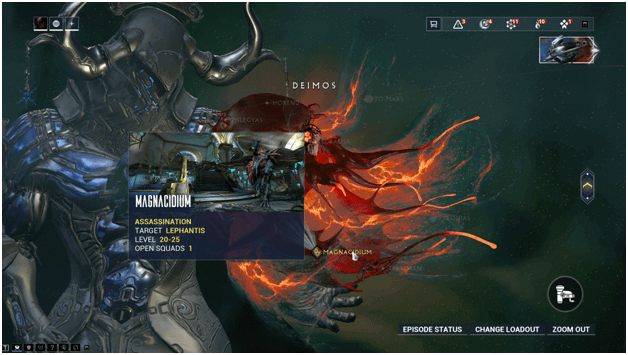 Lephantis can be found in the Magnacidium mission located on Deimos. 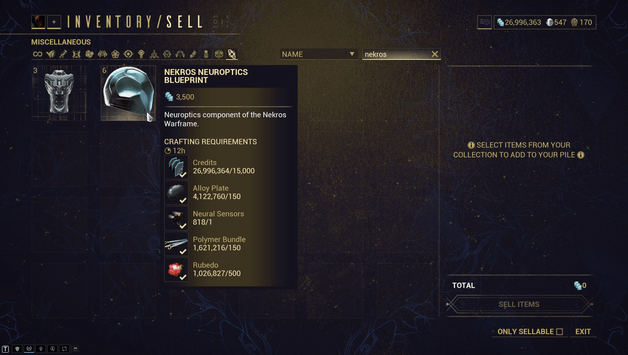 Upon defeating Lephantis, players will be rewarded a random part that is necessary to craft Nekros.

Lephantis has the chance to reward the following Nekros parts: 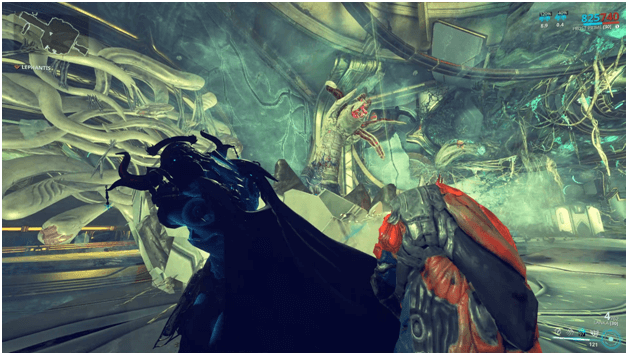 Upon entering the stage, you and your squad will be facing 3 heads that emerge from the ground and engage you with different attacks.

Each head has a different weak spot and to defeat them you must target those certain spots which are indicated by the pink colors resembling their internal parts of their bodies.

Lephantis is weak against Corrosive, Blast and Slash damage types, in that specific order so modding your weapons accordingly will provide you the chance to kill it easily.

These heads will emerge from the ground and attack you and your team and burrow back every now and then so taking them out may be hard if you can’t aim your shots in time. 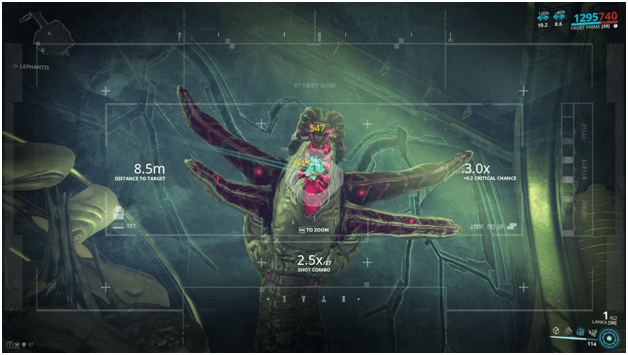 The Infested Corpus is a long range enemy that spits toxin grenades which will deal significant damage over time if the player is not careful.

The shape of the head resembles a Corpus helmet thus giving it the name it has and showing similar traits that Corpus unit would have yet in an infested manner.

The opening of its front or mouth-like part is its weak spot and is relatively easy to hit.

Taking this out is advised since it has the abilities to spawn more infested forces which may be a nuisance to you and your team. 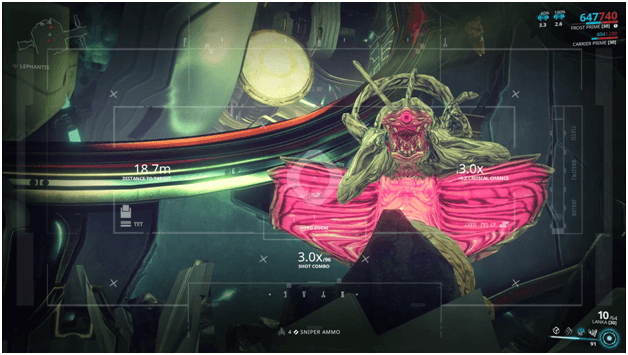 The Ancient Infested has a long face similar to most infested ancients with large flaps on the sides that open up when it attacks.

It will attempt to spit out a projectile that will attach to a surface and explode into smaller exploding projectiles.

This head has a long face similar to most infested ancients with along with large flaps on the sides that open up when it attacks.

Its large flaps are easy to hit and will deal significant damage to it when aimed for and fired upon with successive shots. 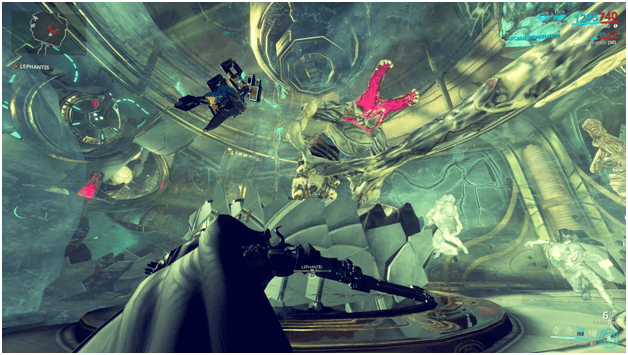 The Infested Grineer is a close range enemy and will attempt to attack you with its large scythe-like weapon.

Its attacks may be dodged with a well-placed roll and during its attacks, it will occasionally slow down when swinging horizontally or get stuck when taking vertical swings at you so timing your movement and shots will be necessary.

It has a distinct face as a feature on it that is shown when it is attacking signifying that it is of Grineer origin as well as the brutish way it attacks being a trait of most melee Grineer enemies.

Its weakness is in its mouth as well as a face under it which uncovers itself during some of its attacks. 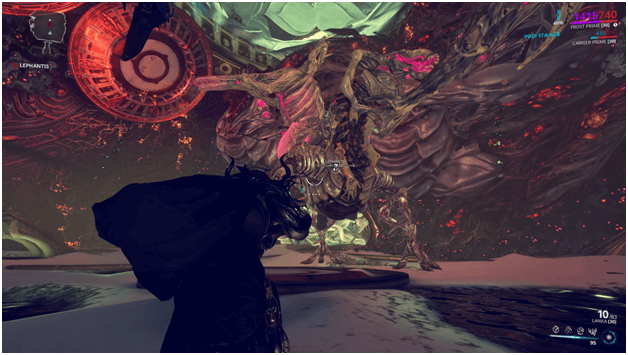 Lephantis’ heads will be attached to a moving body which allows it to move around in the stage where you face it.

The process to defeating them is the same and you are required to shoot their weak spots.

When a certain head loses its health, it will explode leaving you to deal with the remaining ones. 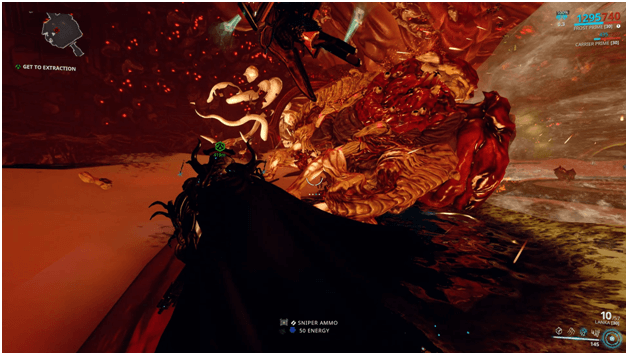 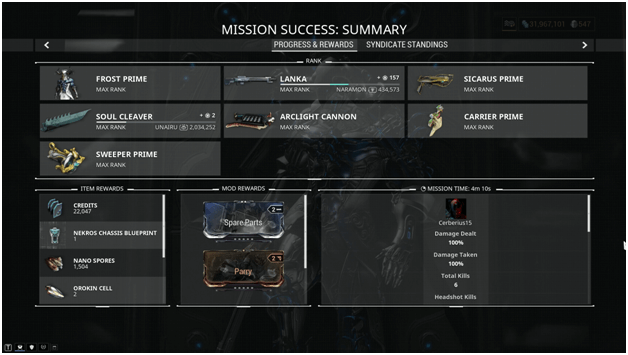 Once defeated, extract from the mission and you will receive a random Nekros part as a reward.

Lephantis may appear like a large and powerful enemy but with the right equipment and mods, you should do fine against it.