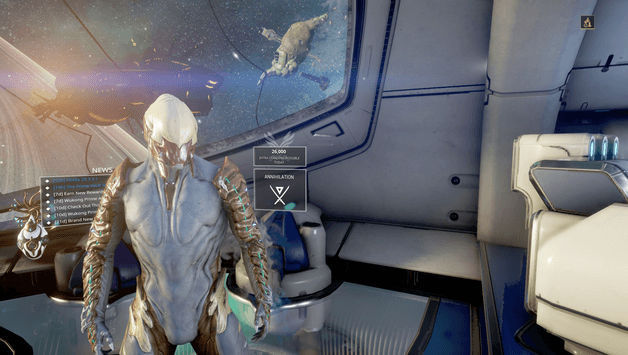 Ash is a great stealthy Warframe to use, capable of take out a lot of enemies while staying hidden in the shadows.

Although he is a great Warframe and preferred by many new players and old, his acquisition may sometimes be a bit confusing and hard for players.

In this guide you will learn how to farm Ash’s parts and craft him as well as the most efficient way to do so.

How To Get Ash Parts? 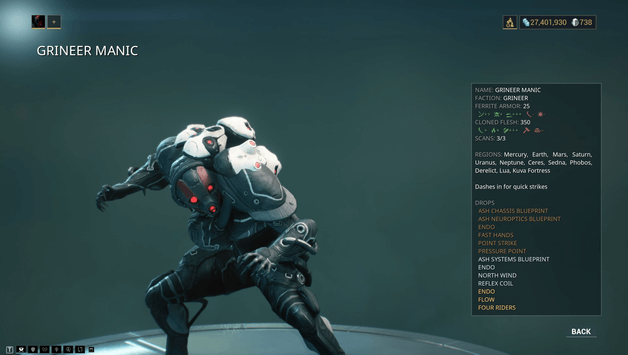 Grineer Manics are annoying enemies, these guys love to trick their enemies with illusions and take advantage of attacking from the shadows.

This shows the resemblance they have with Ash except of course they would be no match for him but the movement and abilities both show how they have a connection with him and is the reason they are the ones you need to hunt.

Manics have a chance to drop blueprints for the parts of Ash which means finding missions where they spawn is vital and the only way to get Ash, aside from buying him with platinum. 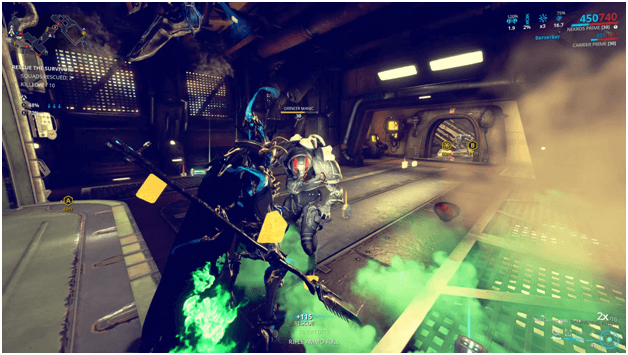 (Manic attacking Nekros while he is reviving an ally)

Be wary though as the Manics are capable of disappearing while leaving behind a clone and later on appearing out of the shadows to attack you and may even sneak up on you when you least expect it.

These enemies spawn on Grineer missions and usually attack when an alarm is raised or at the beginning of missions where enemies are already alerted. 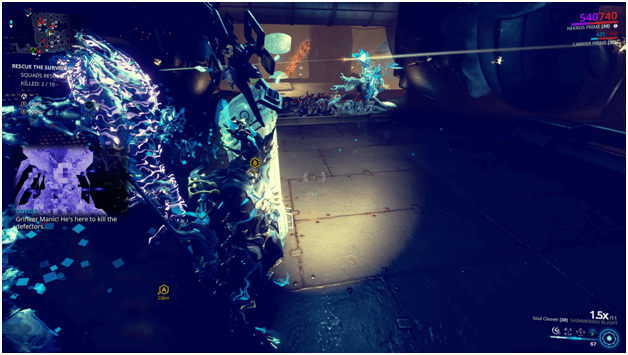 Before a Manic or more appear, there will be maniacal laughter and possibly a warning from the Lotus.

The best missions to find them are Defection, Survival and Excavation due to the availability while Defection is considered the best by most due to them spawning quickly.

There are times when the Manic can deal finisher attacks on you when they sneak up on you which may lead to fatal damage. 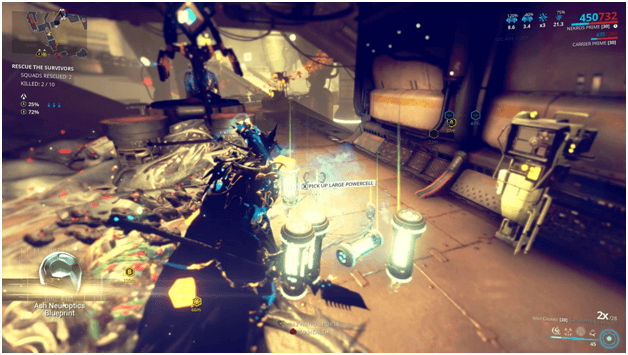 Take note that there is only a chance that they can drop the Ash blueprints and using Warframe that can increase the chance of loot dropping is advised.

Where To Farm Ash? 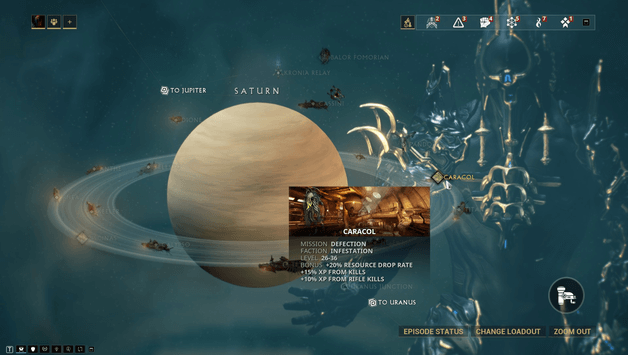 Missions such as Caracol (Defection) are good for farming parts for Ash since it is guaranteed a Manic or more will spawn during the mission after a few squads are escorted.

Defection missions are great for farming parts for Ash while they may be troublesome for some players, you can usually encounter them early during the mission and repeat it after killing the first ones that spawn.

Don’t forget to bring Warframes that can get extra loot to double the chances of getting the parts. 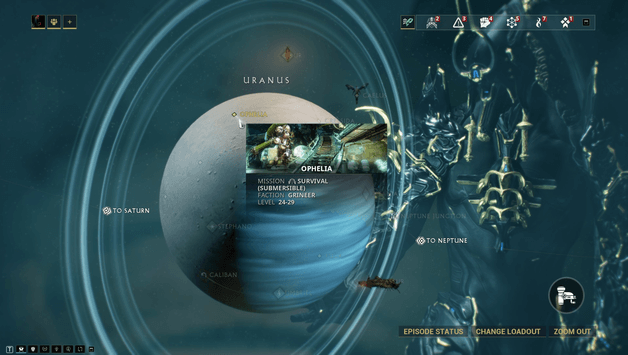 During Grineer survival missions, Manics will spawn during a certain time, allowing you to kill them in hopes of receiving ash parts as well.

This also works well since it allows you to farm other resources aside from hunting for the Ash parts. 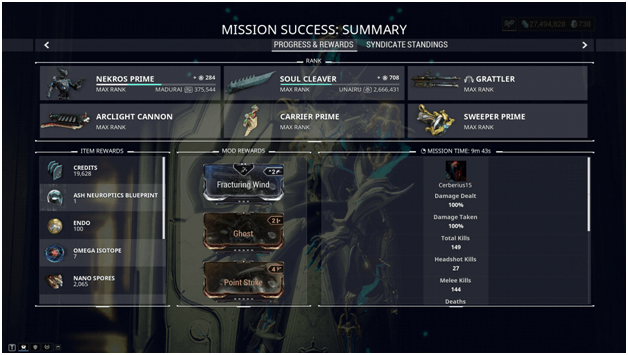 Farming for Ash parts may be a bit time consuming but doing this with buddies can increase the amount of Manics that spawn in the mission allowing you to farm faster.

Bring a Warframe that can increase the chance of getting extra loot such as Hydroid with Pilfering Swarm, Nekros with his Desecrate ability and more.

It may take some time before the Manic spawns so it’s best to be ready whenever as they may deal heavy damage if unnoticed.

Be sure to extract to be able to keep the parts and once you kill a Manic make sure you either have a mod that allows your companion to pick up or make sure to check where the Manics die if the parts drop. 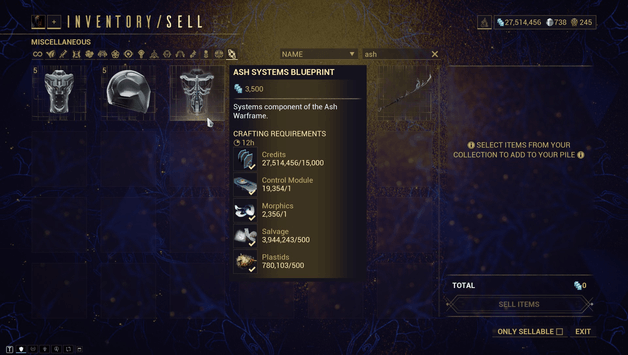 Ash is a great Warframe to use and farming him will definitely be worth the trouble you go through to get him.

The key to farming his parts is to make sure you are in a mission where Manics spawn and make sure that you don’t waste too much time if they don’t.