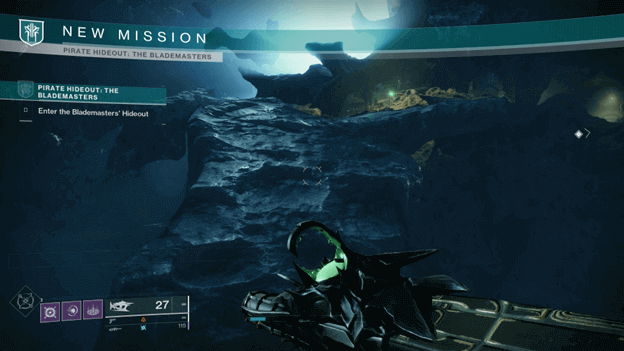 After previously completing an Expedition mission for the Season of Plunder Seasonal Quest, you have found the Pirate Hideout of The Blademasters.

Now you will need to face both Tagh’al and Thagh’urn as they will be fighting together against you with their pirate crew.

Once you have defeated The Blademasters, you will need to find the Relic that they have retrieved and take it back to the H.E.L.M.

How To Unlock Pirate Hideout The Blademasters?

The Pirate Hideout The Blademasters mission is unlocked once you have reached step 21 in the Sails of the Shipstealer Seasonal Quest. You will need to complete this mission to proceed with the Seasonal Quest. 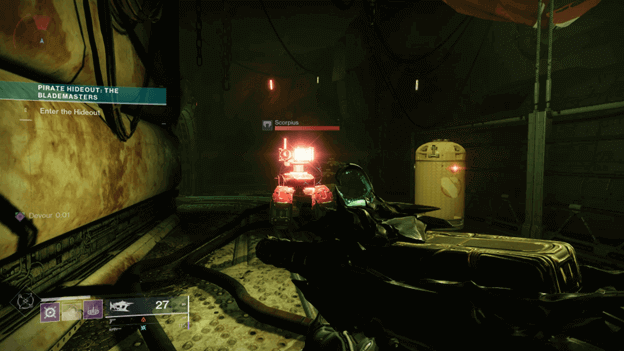 As you arrive in the 8964 Themis Cluster, you will need to make your way to the entrance of The Blademasters’ hideout.

Proceed to the door and unlock it with your Skeleton Key by interacting with it.

Once inside, there will be Fallen and Cabal enemies that you will need to clear out before going further into the hideout.

Continue making your way into the hideout and look out for enemies that will block your way, leading you into the area where The Blademasters will be. 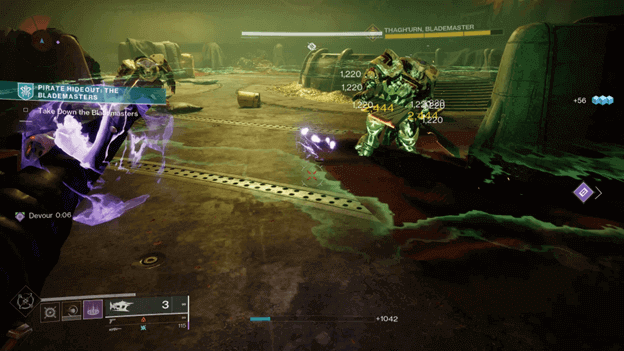 4) Take Down the Blademasters

Both Tagh’al, Blademaster, and Thagh’urn, Blademaster will be in the large room that you enter, you will need to defeat both of them.

As you face The Blademasters, you will also encounter other enemies in the room and should be careful when focusing on the bosses.

During the fight, each of the Blademasters may become invulnerable for some time and you will have to either focus on the other one or clear the crew.

You can continuously damage the Blademasters once their barrier goes down until you have defeated both of them.

If there are any enemies left after you have defeated The Blademasters, you will need to clear them out before the Relic’s barrier is removed.

Once the barrier has been removed, you may move to the Relic and pick it up so that you can bring it back to the H.E.L.M. later on.

Completing the Pirate Hideout The Blademasters will reward you with some Glimmer and a legendary piece of gear from Season of Plunder. Additionally, you also get the Relic needed to complete the Antiquarian III Seasonal Challenge. 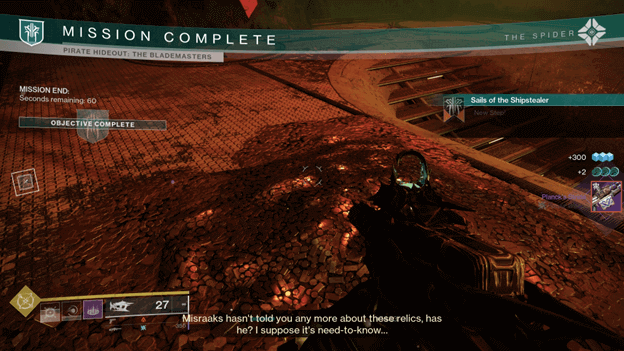 The Blademasters are quite the dynamic duo and very deadly when faced together but you have successfully defeated them.

Now that you have obtained another Relic, you can bring this back to the H.E.L.M. so that Mithrax and Eido can study it.

Turning in the Relic at the H.E.L.M. will reward you with Repute which you can use to upgrade your Pirate Crew at the Star Chart.