Destiny 2’s The Dawning event has gotten a lot of players running around, baking cookies, and giving gifts to their NPC buddies.

These acts don’t go unrewarded though, as a lot of progress can be made throughout the event and provide you with some useful items.

One of these is the Dawning Spirit, a material that is used to further progress by unlocking upgrades that make participating in the event easier.

Where To Get Dawning Spirit? 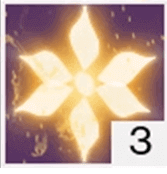 There are 3 instances where Dawning Spirit can be obtained, and their locations are not that specific but are more based on actions.

Most of the time you can get Dawning Spirit at The Tower or other locations where you give gifts and other times it will be wherever you claim rewards.

Rewards that give Dawning Spirits can be either from bounties or from the event card, so it’s where you access it.

How To Get Dawning Spirit?

Dawning Spirit is mainly a reward for the things you do that involve The Dawning and can be obtained in different ways.

Completing challenges from the event card will reward you with Dawning Spirit and they can be claimed for each challenge that you do.

Giving gifts to NPCs based on what treats they like that have been baked in Eva’s Holiday Oven will also yield Dawning Spirit.

You can also obtain Dawning Spirit from bounties, which makes pretty much most of the things you do during the event worth it. 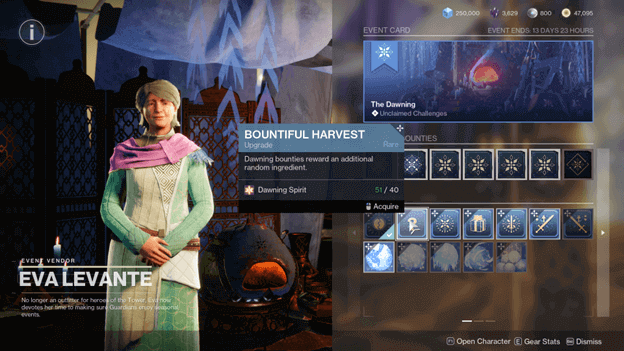 Dawning Spirit is used to purchase upgrades from Eva Levante during The Dawning event, which provides benefits to players who focus on the event.

You can also use Dawning Spirit to purchase weapons and gift exchanges from her depending on what kind of rewards you want.

Certain weapons are only available during the event; it would be a good idea to grab them while they are available.

Best Way to Get Dawning Spirit

The best way to get Dawning Spirit is to focus on the event itself and further use them until you have all the upgrades that you need.

Grabbing weekly and daily bounties from Eva Levante is a big help while giving cookies is a great way to get Dawning Spirit.

Once you do not have any bounties or challenges to complete, you can focus on farming ingredients and Essence of Dawning to continuously bake goodies and give them to NPCs.

Dawning Spirit may take some time to obtain but once you have focused on the tasks during The Dawning, you can get quite a lot.

Doing activities is a great way to get ingredients as well as Essence of Dawning so you can later focus on giving NPCs treats.

You may want to focus first on completing The Dawning Event Card Challenges to make the most out of the event as it also gives Dawning Spirit.