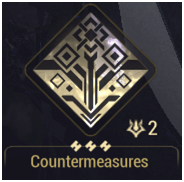 Countermeasures deploys a number of flares which expand outward from the Railjack and remain in their spots until the ability ends.

The flares will draw enemy homing projectiles towards them which will allow the Railjack to have more safety when fighting enemies or evading them. 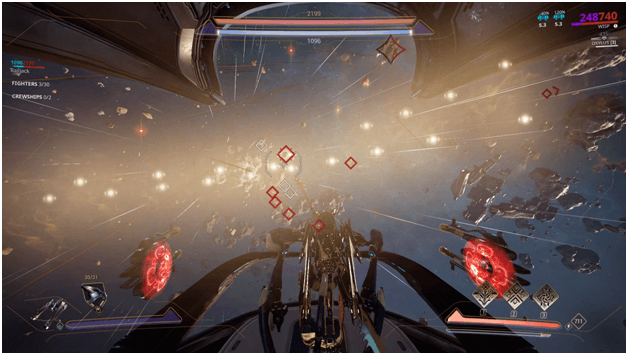 Countermeasures has a low amount of drain, even at max rank and can be used for survivability and even to protect allies that are in Archwing mode by drawing the projectiles towards them.

Normal enemy weapons will not be drawn to the flares, making it mainly useful for enemies in stronger levels which posses weapons that home in on targets. 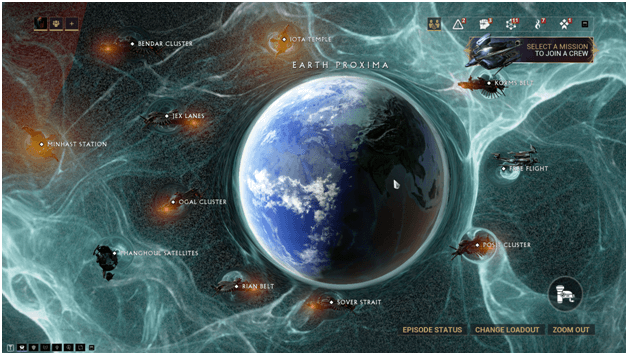 Countermeasures can be obtained from Elite Exo Taktis in the Veil Proxima, Elite Gyre Cutter in the Saturn Proxima and supposedly Elite Kosma Cutter which should spawn in the Earth Proxima.

Countermeasures can be dropped by the following enemies: 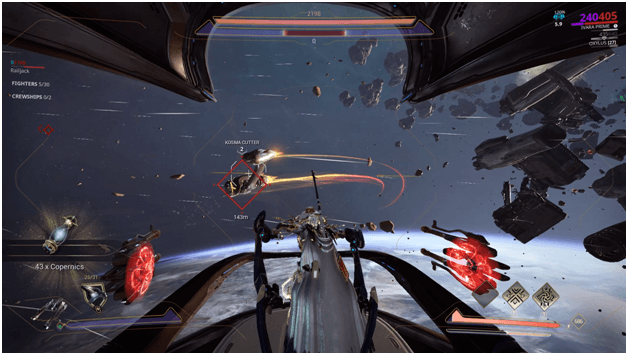 Since Gian Point is in the Veil Proxima and has no additional objectives, it is a great place to farm Countermeasures but it is also farmable in the higher missions in the Saturn Proxima such as Kasio’s Rest.

Solo farming can be done in the Saturn Proxima as enemies are at a moderate level while Gian Point is better provided you can handle the enemies or if you have a squad with you. 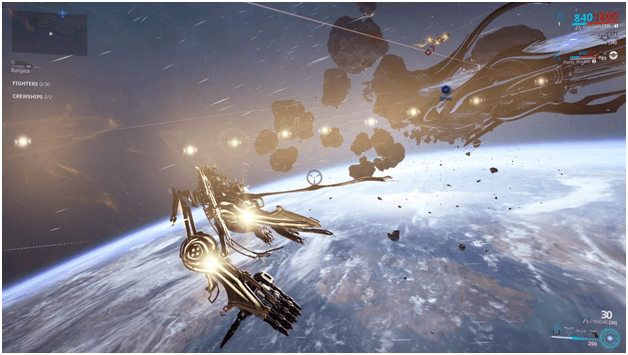