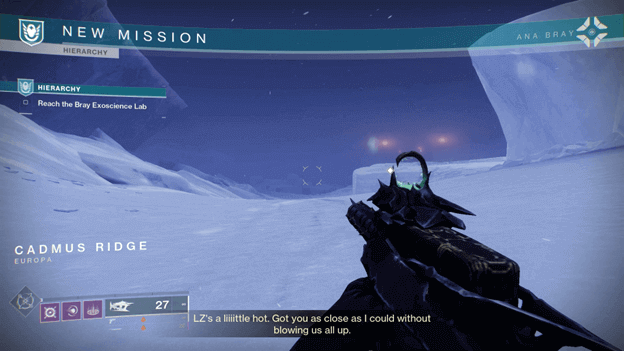 With the Warmind gone, opposing forces seem to be after its technology and this does not bode well for anyone as this can lead to a catastrophe.

Ana Bray wishes to restore Rasputin, the Warmind but to do this, she will need help from Clovis Bray, who seems to also be having troubles of their own.

It now falls into your hands to find out what is going on and prevent Clovis Bray from meeting an ill fate brought on by its attackers.

How To Get Hierarchy Mission?

Logging in for the first time after the Season of the Seraph has begun will start this mission immediately after a cinematic. 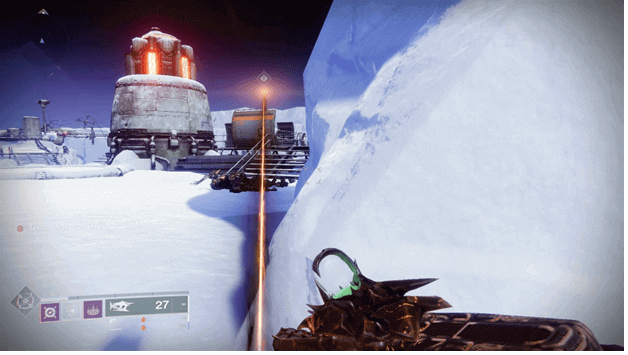 The Bray Exoscience Lab is under siege by enemy forces and you will need to make your way to the lab before they can infiltrate it.

As you reach the perimeter, you will be fired at by the area’s defenses, which is since Ana Bray’s credentials are not being accepted.

You will need to avoid the lasers as they will fire at you if you stay within their sites for a long duration and will need to take cover behind nearby objects.

Keep making your way toward the lab while taking cover and you will eventually reach the entrance and will need to go inside.

As you reach the entrance, it will appear that some of the enemies have already made their way inside and you will need to push forward to see what has happened. 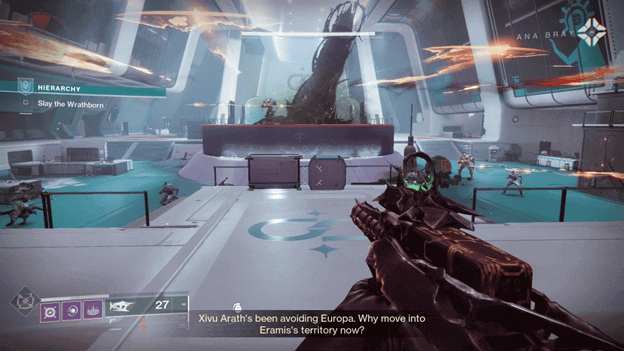 As you reach the inside of the lab, you will find that the room is full of Wrathborn Hive and will need to clear the area of them.

You will encounter an enemy known as Aethiks, Instrument of Xivu Arath, and will also need to defeat them before you can proceed.

After you have cleared out all of the enemies, continue making your way toward the waypoint that is reached by going up the nearby stairs.

Make your way into the next room which will have more Wrathborn Hive that you will need to fight your way through as you continue. 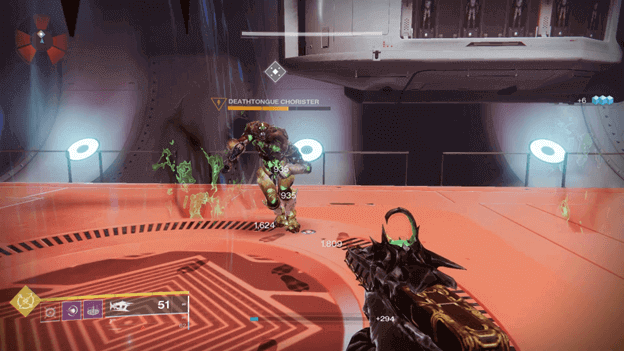 Another room will be up ahead and this time there will be an enemy known as a Deathtongue Chorister, which needs to be defeated.

As you are fighting the enemies in the area, this objective will appear while other enemies continue to attack you.

After defeating the Deathtongue Chorister, you will need to clear out the remaining enemies in the room before the nearby barrier will go down.

Defeating the last of the enemies in the previous room will have opened up a new path which you will now need to take.

Continue making your way through and there will be a drop leading down and you will need to continue following the waypoint.

There will be an extremely large room that you need to traverse, making your way toward the entrance at the end on the left.

You will have to fight through enemies and drop down to reach the platform and clear out the enemies around you.

After clearing the enemies in the area, a nearby barrier will go down and you will be allowed to proceed to the next area. 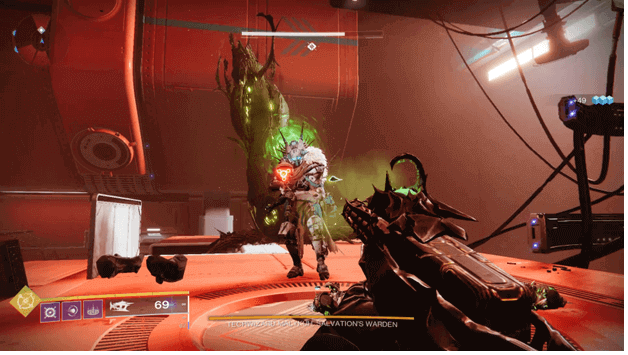 The next area will be filled with Wrathborne Hive fighting against Clovis Bray’s forces and you will need to join the fight and take down the Techwizard Malykuh.

As you fight Malykuh, it will retreat once you have reduced its health by half and later reappear once you have defeated the other enemies.

Once Malykuh returns, you will need to finish it off before you proceed with your next task in freeing Clovis Bray.

Once the enemies have been dealt with, head over to the marked area and interact with the nearby console to reset the Security Protocols.

14) Meet With Ana, Osiris, and Clovis Bray I

Once the Security Protocols have been reset, head over to the waypoint and approach the group to join in with their conversation.

After some talk between everyone, Ana and Osiris will disappear and the mission will come to an end.

Upon completion of the mission, you will be able to begin the More Than a Weapon Seasonal Quest, which can be obtained at the H.E.L.M.

The mission may also reward you with a piece of legendary equipment as well as a bit of Glimmer, but this is only shown for a split second before it ends. 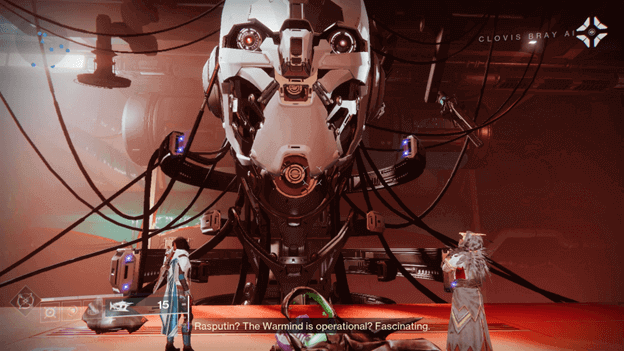 It looks like Clovis Bray I was almost taken over completely by the Wrathborne Hive but luckily, you were there to prevent this.

Xivu Arath seems to play a big part in this and it is uncertain what else the other enemies may have planned as this was only the beginning.

Clovis Bray I was grateful (even if he barely showed it) and is willing to help out in restoring the Warmind as he does not wish for your enemies to get its technology.