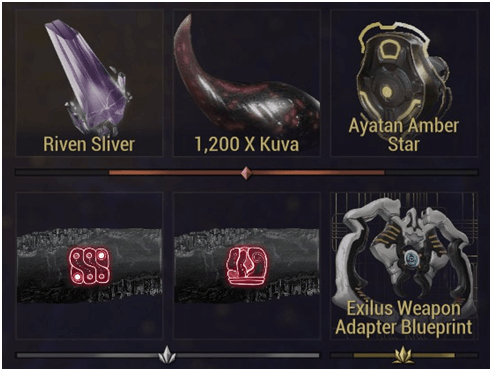 After The Old Blood update arrived, we were given opportunity to farm new items which are great additions to the game while others are needed for what the update has brought us.

Requiem mods are needed for defeating the Kuva Lich’s that have been added in the recent update and you will be needing a lot of different ones, making farming them a necessary task.

Exilus Weapon Adaptors are used to open up the Exilus slots on your weapons for placing an addition Exilus mod to further enhance it. 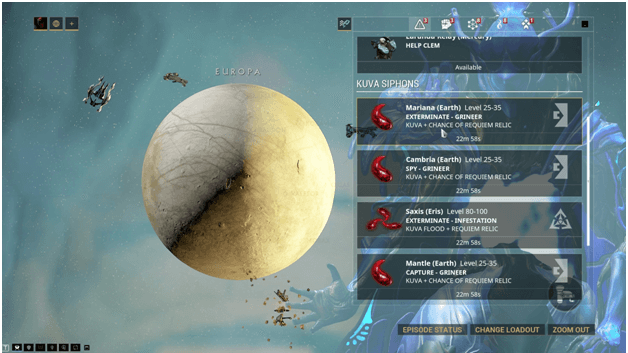 Requiem Relics may be acquired by doing Kuva Siphons, Kuva Floods and from alerts that appear from time to time.

Kuva Siphons have a chance to give you a Requiem Relic at the end of the mission while Kuva Floods are guaranteed to reward you with one. 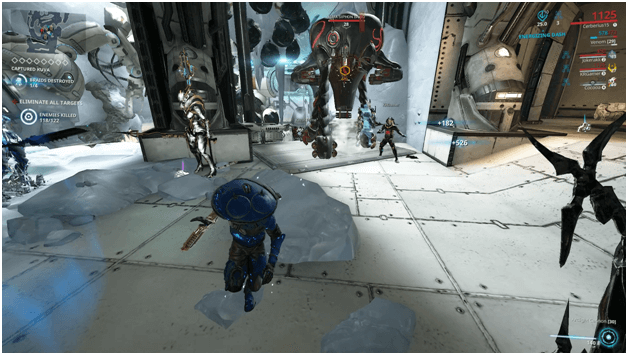 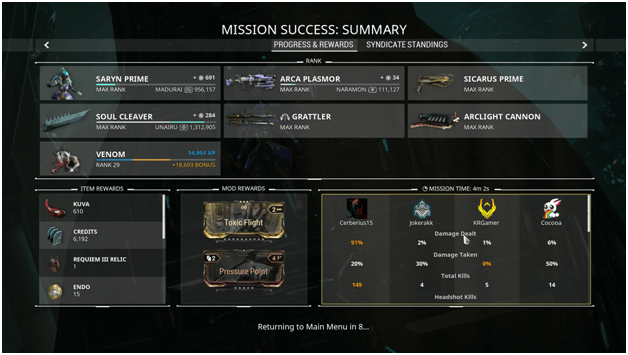 You will be able to see the Requiem Relic in the item rewards section when your mission success summary is shown. 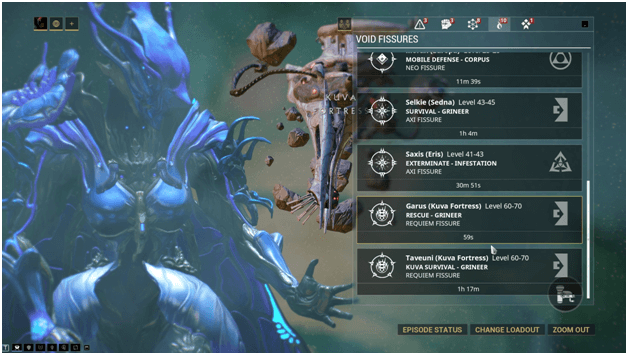 Just like normal relics, Requiem Relics may be opened in a fissure but not just any fissure as they require you to do specific ones called Requiem Fissures.

You will usually find the Requiem Fissures at the bottom of the fissure list when checking it in the star chart. 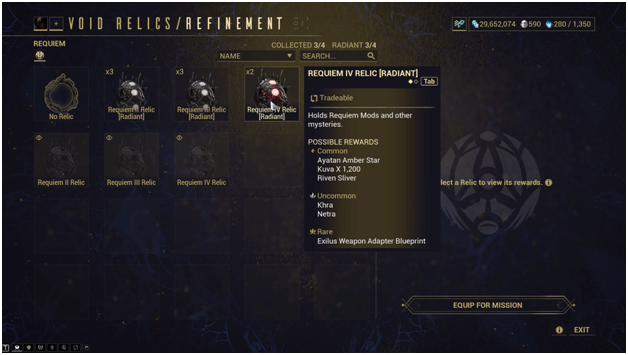 After you pick the Requiem Fissure that you are about to do, you will then choose a Requiem Relic to use for the mission.

Each Requiem Relic may have a slightly different set of rewards which you can easily check by hovering your mouse over it or by inspecting them in your void relics station inside your orbiter.

Its better to play with a squad to maximize the amount of rewards that you can choose from when you complete a rotation. 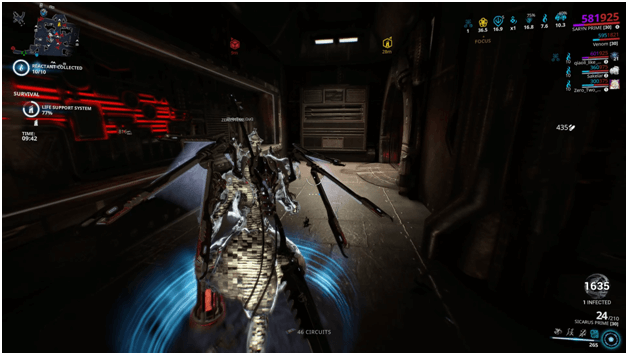 Proceed with doing your mission and make sure that you collect 10 reactant before the rotation is complete so that you will be able to select a reward. 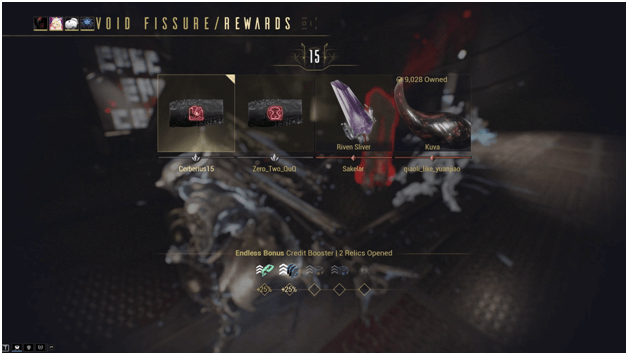 Once the rotation is complete and you have 10 reactant, the mission will pause and the void fissure rewards will come up.

You may then select to keep the reward from your requiem relic or receive the same one that one of your squad members has. 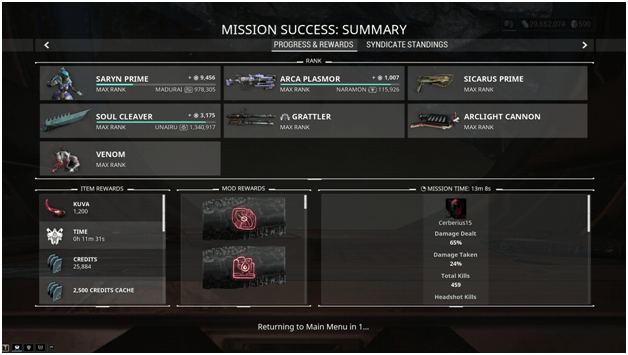 You may later on see all the rewards you have acquired from the Requiem Fissure once you extract from the mission. 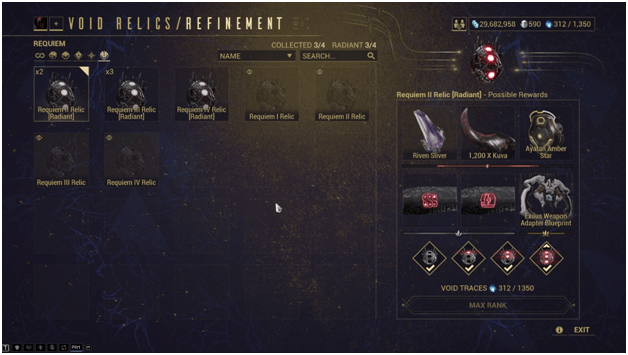 Aside from the Requiem Mods, all the Requiem Relics give a chance to reward you with the same rewards.

Opening Requiem Mods is the main way to get the Requiem Mods which are needed for defeating Kuva Liches as well as the Riven Slivers which can be exchanged for Riven Mods.