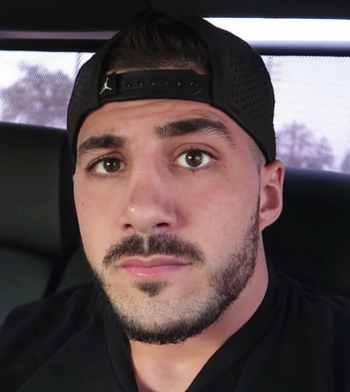 28-year-old Nick Kolcheff was born on November 21, 1990. He is better known for his online video game handle NICKMERCS. The American Bodybuilder is also an eSports YouTuber famous for his Fortnite plays. While many professional Fortnite players like to play on desktop PCs and laptops, Kolcheff likes to play the popular Epic Games title on a console.

Aside from being a console Fortnite player, Kolcheff is also popular for making the Fortnite World Record for the most squad kills in a game. He helped his team rack up 54 and 55 kills respectively in two separate instances. According to his viewers, the 54 kill accomplishment didn’t count since his team didn’t win. The old record was then beaten by TozSlays, JuicyMutt, MannyinCali, and xPolitics by racking up 59 total kills in one game.

Kolcheff also owns the world record for most kills in a duo. He and his partner both had 23 kills in one duo match which sums up to a total of 46 kills. He is currently a member of “100T,” and he livestreams his games on a daily bases on his Twitch account. The American Fortnite streamer now has over 1.1 million followers on Twitch. He also has a YouTube channel which has more than 940K subscribers along with an accumulated 54 million video views.

Back on November 23, 2018, the NICKMERCS Fortnite account was hacked. The hacking took place during a Duo Scrims match with Tfue. He got his account back but it’s still currently unknown who hacked his account.